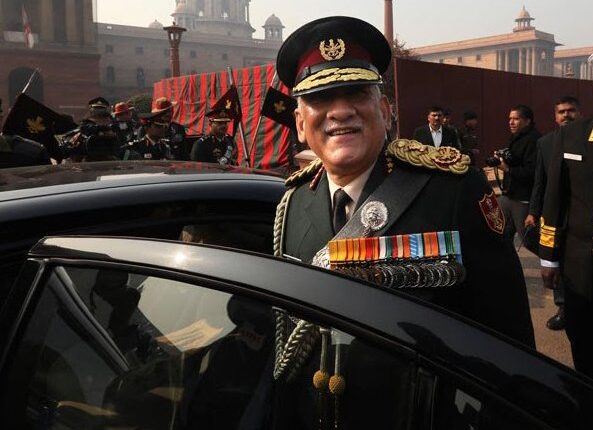 Bhubaneswar: Odisha Legislative Assembly today paid a rich tribute to Chief of Defence Staff (CDS) General Bipin Rawat, his wife Madhulika Rawat and 11 other defence officials who died in a tragic chopper crash in Coonoor in Tamil Nadu on Wednesday.

Chief Minister Naveen Patnaik moved the condolence motion as soon as the House assembled to transact its business today.

“Demise of Defence Chief General Bipin Rawat is a great loss to the country. His untimely death by crashing of an IAF chopper indicates the serious failure somewhere or a part of conspiracy. If this could happen to the chief of defence force, the question arises how safe we are,” said senior Congress leader Narasingha Mishra on the condolence motion in the House.

The House observed a minute’s silence in memory of the departed souls.

Later, Speaker adjourned the House till 4.00 pm declaring that no proceeding will be carried out in the first-half of the business day today.

The death of first CDS of the country General Bipin Rawat along with his wife and 11 Armed Forces officials in a chopper crash on December 8, 2021, left entire nation shocked and anguished raising question on safety of civilians.

The 63-year-old Bipin Laxman Singh Rawat succumbed to injuries when an Indian Air Force (IAF) chopper Mi-17V5 carrying him and his wife along with 12 others crashed near Coonoor in Tamil Nadu yesterday.

General Rawat was on his way to Defence Staff College in Wellington to deliver a lecture, when the ill-fated chopper crashed in the forest of Nilgiris district at around 12.20 pm. The Air Force confirmed his death later in the day.