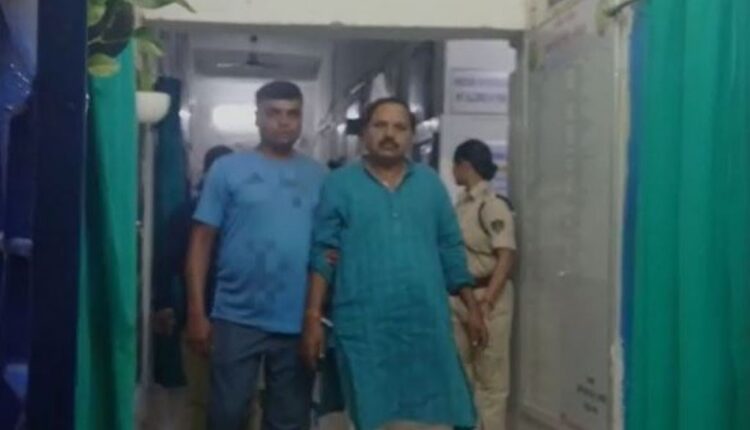 MLAs Kusum Tete, Mohan Majhi and Bhabani Bhoi along with party workers staged the protest in front of the police station. Former Kuchinda MLA Rabi Naik also took part in the agitation. They also demanded the arrest of Tileibani BDO Krushna Chandra Dalapati accusing him of misbehaving with the Deogarh MLA.

Union Education Minister Dharmendra Pradhan reacted to the arrest of the Deogarh MLA and said it is a matter of concern. Pradhan further stated some officials are trying to muzzle the voice of the Opposition party. Some officials of the State government are working on the lines of the ideology of political parties, the Union Minister added.

Meanwhile, Deogarh MLA Subash Chandra Panigrahi fell ill while being taken in police custody to Deogarh to be produced before a court. Earlier in the day, Panigrahi was arrested from his official residential house in Bhubaneswar.

After Panigrahi complained of illness on the way to Deogarh, he was admitted to the Chhatabara Community Health Centre (CHC). He underwent treatment at the CHC for one hour and was administered the IV Drips.

The legislator and his two associates were produced in the Chief Judicial Magistrate (CJM) court in Deogarh later in the evening. The court sent the three to judicial custody for seven days and ended its hearing on the bail pleas. It will pronounce its decision on the bail pleas on May 7.

Panigrahi and his two associates­­­—Akalu Dhal and Kumarmani Sahoo— were arrested for their alleged involvement in murderous attack on the Tileibani BDO at Bhaliaguda village. The arrest was made on basis of the BDO’s complaint against the MLA yesterday.

A counter complaint was also filed by the legislator alleging that the BDO misbehaved with him.