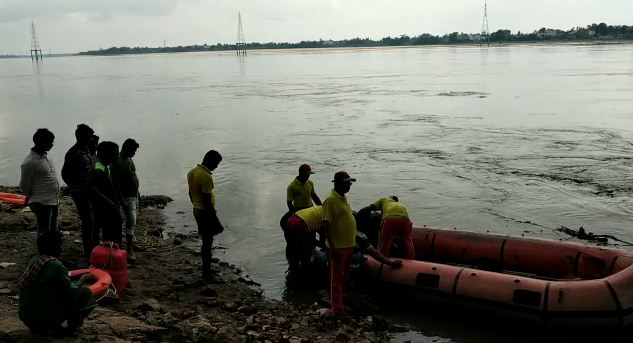 Cuttack: A man, who had jumped into the Kathajodi River following altercation with wife, his body was found today after a week.

The body was recovered from the Devi River near Rahamba under Gobindpur police limits in Cuttack district.

Cuttack SP Radha Binod Panigrahi confirmed that the body recovered from the Devi River is of Debabrata Mahapatra.

The deceased was missing since a week after he took extreme step by jumping off a bridge into the Kathajodi River on October 9.

The ODRAF team as well as the scuba divers were deployed in search operation for four days to trace the body.

The mystery shrouded as the search personnel failed to recover the body after 4-day of search operation.

According to reports, Debabrata had jumped into the river following a heated argument with wife on their way to their village in Niali from Cuttack city on October 9 .

Eyewitness said that he was travelling with wife and little son. He stopped his motorcycle on the Kathajodi bridge and jumped into the river.

Following his step, the panicked wife decided to end her life along with her child. While she was trying to jump off the bridge, the locals prevented her from suicide.