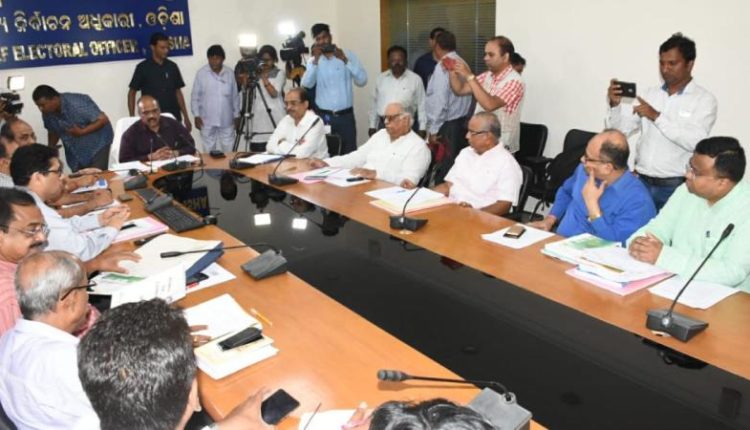 Bhubaneswar: With only a few days left for the Lok Sabha and Assembly elections, the State Chief Electoral Officer (CEO) held an all-party meeting here today to sensitise various political parties about the new guidelines to be followed during the polls.

CEO Surendra Kumar also discussed on various roles to be played by the political parties during the elections starting April 11.

The CEO said many new guidelines have been introduced for the elections this year.  “Earlier, candidates contesting polls had to declare only the last IT return for self, spouse and dependents. Now, it is mandatory for the contestants to declare their income tax returns of last five years and details of foreign assets possessed by them,” Kumar said in the meeting.

Besides, it is compulsory for the candidates to give their PAN card details and advertise their criminal antecedents in TV and newspapers at least three times during campaigning for the elections, he added.

The meeting held at the office of the CEO here  was attended by representatives of all political parties.

BJP candidates’ list for Odisha elections within a week