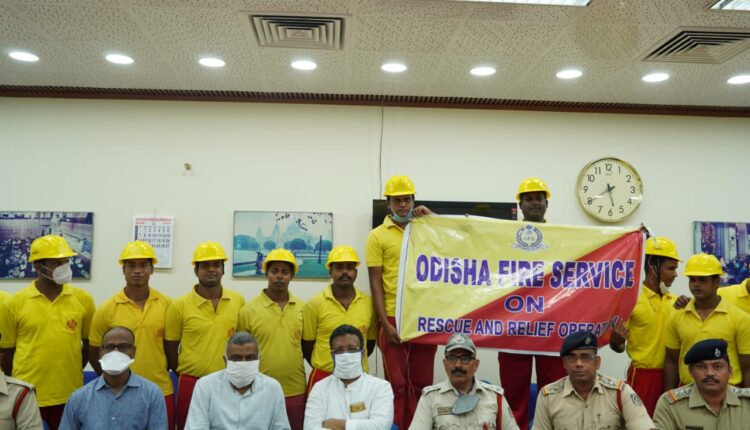 Bhubaneswar: A team of personnel of Odisha Fire Service has earned praise from the West Bengal Government and Kolkata administration for efforts in restoring normalcy in the city after devastation caused by cyclone Amphan.

As many as 372 Fire Service personnel were sent to the neighbouring state by the Odisha Government on May 24 to undertake restoration work in the aftermath of the cyclone, which caused extensive damages to Kolkata and its adjoining areas.

They cleared all main roads of Kolkata city within two days by removing uprooted trees and electric pole. They also cleared all sub-ways of the city. They were also engaged in removing the trees which had fallen on different buildings/structures and huts.

As per official sources, the Fire Service personnel cleared around 2550 fallen trees and electric poles at 717 places which were obstructing the communication in Kolkata city. All of them returned to Odisha today and received at Odisha Fire and Disaster Response Institute, Naraj, Cuttack.

They will undergo 14 days of institutional quarantine as per government’s COVID-19 guidelines. They will also undergo required medical tests for COVID-19.

WHO recommends wider use of face masks to curb COVID-19