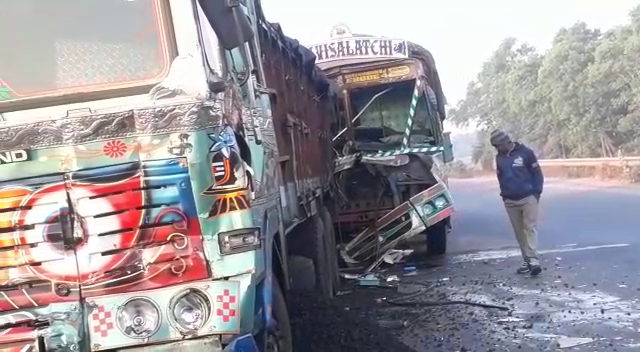 Balasore: A person was killed while two others sustained critical injuries after two trucks crashed into another truck on NH-16 near Bhagia Chhak under Simulia police station in Balasore district today.

The deceased, who was a driver of one of the trucks, is yet to be identified.

The incident took place when the three trucks that were going to Balasore from Bhadrak collided each other from the rear. While one truck driver died on the spot, drivers of two other vehicles were admitted to hospital at Simulia in critical condition.

The accident occurred due to rash speed driving, said an onlooker.

On receiving information, police rushed to the spot and began an investigation into the incident.