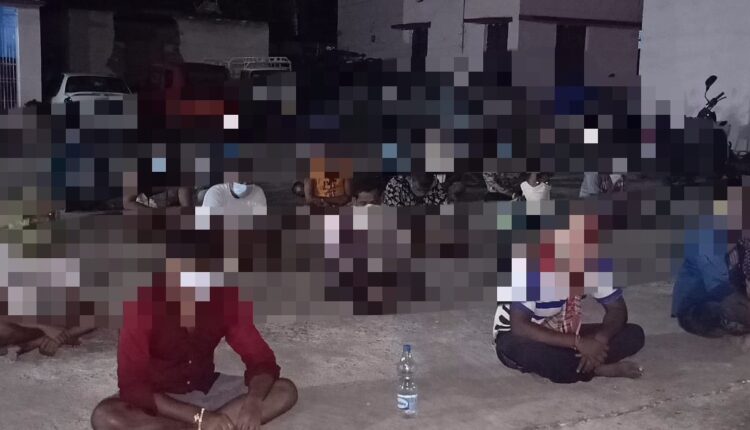 Ganjam: Even though 32 gamblers jumped into Rushikulya river in Soarada of Ganjam district to evade arrest today, the police arrested them after a few hours of operation inside the water.

Acting on a tip-off, a police team raided a place at the bank of Rushikulya river near Nuagada village to arrest persons involved in gambling.  But seeing the police personnel, the gamblers jumped into the river.

After lots of efforts inside the water, the police personnel managed to nab the gamblers, said a police officer.

As many as 32 gamblers were arrested from the gambling den. Also, police seized Rs 1.03 lakh cash, 18 mobile handsets and five motorcycles from the possession of the accused.