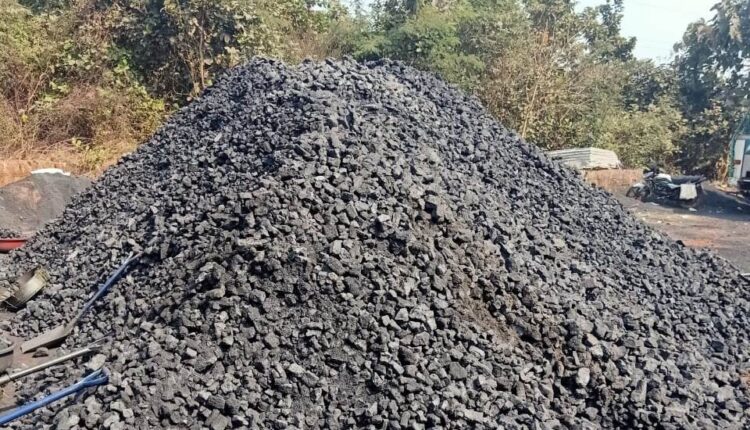 Cuttack: The Special Task Force (STF) of the Odisha Crime Branch seized 54 Metric Tonnes (MT) of stolen Low Ash Metallurgical (LAM) coke in Cuttack district and arrested as many as 10 persons in this connection.

On the basis of reliable information, the STF yesterday raided ‘Baba Dhabaleswar Koila Dipu’ under Choudwar police limits regarding illegal unloading of costly materials from interstate transport vehicles by mafias.

A total of eight trucks loaded with LAM coke were found at the spot, from where voluminous LAM coke was unloaded and the same was found to have been loaded in other trucks for the purpose of disposal for their illegal pecuniary benefit.

Heap of such illegally unloaded LAM coke weighing about 32 MT along with nine trucks loaded with LAM coke, one excavator and other incriminating materials were seized from the accused. A total of 54 MT of LAM coke worth around Rs 13,50,000 was found to have been stolen and kept stored by the accused illegally for the purpose of sale.

The arrested persons will be forwarded to court. A case has been registered in this connection while further investigation was underway.