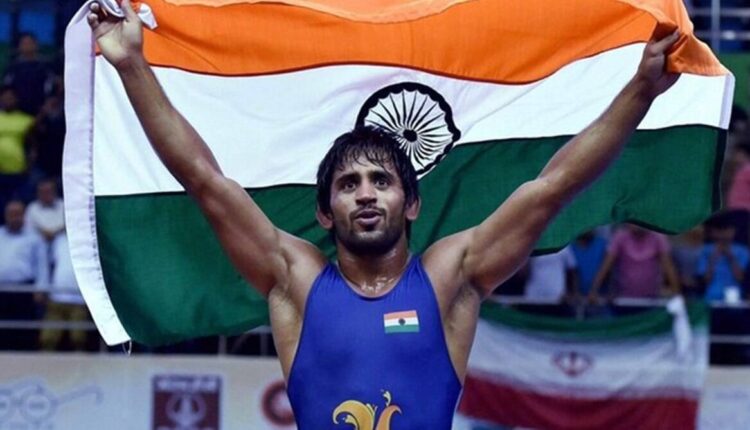 Tokyo: Top Indian grappler Bajrang Punia survived a scare to overcame Kyrgyzstan’s Ernazar Akmataliev in the opening bout to set up a quarterfinal clash against Iran’s Morteza Ghiasi at the Tokyo Olympic Games here on Friday.

In the Round-of-16 contest, the 65kg Indian grappler, a world championships silver medallist in 2018 and one of India’s best medal hopes at the Olympics, will take on the strong Iranian opponent, who beat Tunisia’s Haithem Dakhlaoui 5-1 in his opening bout.

Punia, 27, who is making his Olympic debut at the Makuhari Messe Hall in Chiba, earned his first point after a passivity penalty on his opponent.

Akmataliev levelled the score with a push-out but in the final moments of the first period, Punia surged ahead 3-1 with a takedown.

Early in the second period, Punia looked the more aggressive of the two grapplers but Akmataliev held his ground with a tight defence.

Towards the end, though, the Kyrgyzstan wrestler made his move and scored back-to-back pushouts to level the score at 3-3. Punia defended with all his might in the final seconds of the bout to not concede a point.

Despite the score being level at the end of the contest, Punia took the win since he had scored the highest-scoring move in the match — the two-point takedown in the first period.

Notification out for redressal of error in Odisha Plus II Science and Commerce results; Check details