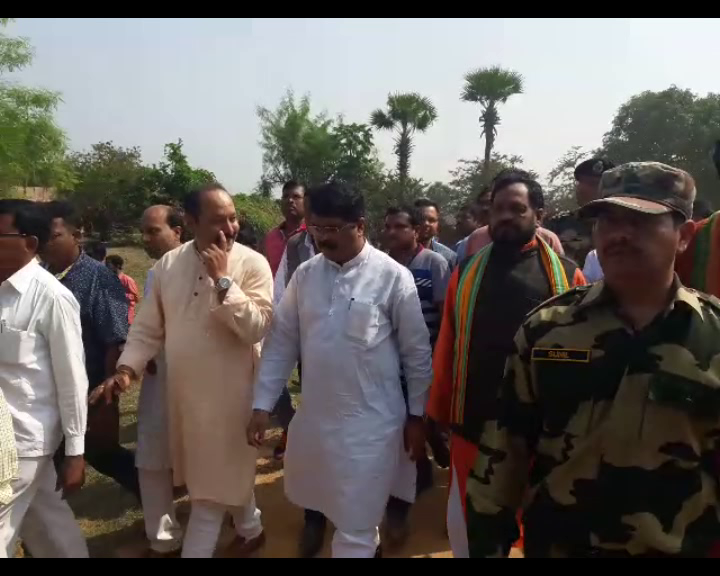 A BJP delegation led by Union Petroleum Minister Dharmendra Pradhan on Monday visited Odisha’s Malkangiri district where over 100 children have died due to Japanese Encephalitis (JE), a disease spread through mosquito bite.

However, the district police allegedly refused to provide security to the Union Minister for his visit to the affected areas. Later, they visited an affected village wearing bullet-proof jackets accompanied by Border Security Force (BSF) officials.

They visited the affected villages in the district and took stock of the situation.

“We need to go beyond crisis management. A comprehensive blueprint is required to be prepared for creating a healthy society. It is time for both the centre and the state to work in tandem and cooperation,” said Pradhan.

He said vaccination against Japanese Encephalitis will start in December.

“Not only vaccination for Japanese Encephalitis, but also we need to take care of health issues like malaria, dengue, malnutrition, which is affecting children and women in the areas,” said the Minister.

Speaking on the issue of district administration denying to provide security, BJP leader Bhrugu Baxipatra said, “The state government had given permission for the visit and assured us to provide security. But today, the Malkangiri SP refused to give security. Later, we visited the affected areas under BSF security.” (IANS)