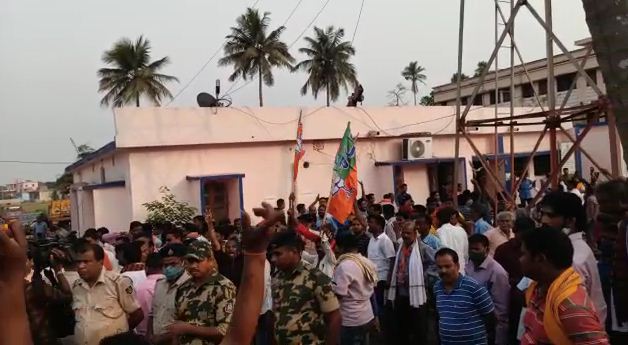 However, the BJD workers have refuted the allegation.

Workers of both parties later staged protest in front of the Pipili police station. While BJP leaders, including party candidate Ashrit Pattnayak, resorted to sit-in protest demanding arrest of the attackers, BJD leaders and workers claimed that the allegation was baseless.

“We will continue the dharna until strong action against the accused. The BJD orchestrated the attack using its workers. We strongly condemn such violent activities and assault on our workers,” said Ashrit Pattnayak.