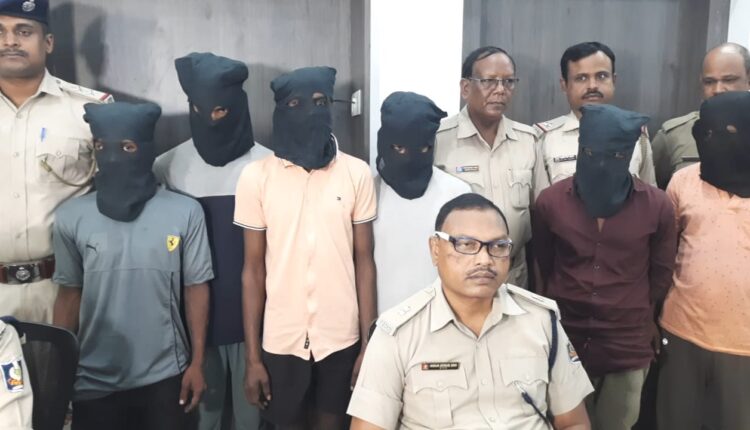 Rourkela: A resident of the steel city was allegedly killed by seven persons over his love affair with a minor girl. While police have arrested six of the accused, one was at large.

According to reports, deceased Srinivas Rao, who hailed from Deogarh district, was residing in Gopabandhu Palli here and working at a cloth store in the city.

He had developed relationship with the girl of the city, to which her family members were opposing. Incidentally, the 15-year-old girl is the daughter of one of the distant relatives of Srinivas.

As he continued the relationship with her despite being asked by her kin not to do so, the accused hatched a plan to eliminate him.

On September 24, the accused men went to the house of Srinivas, took him to a different place and thrashed him to death with iron rods and wooden plank.

Later, they took the body near a railway track in Gopabandhu Palli and threw it into a coal-laden train which was heading towards Chhattisgarh’s Raigarh.

After the train reached the destination, some workers spotted the body during unloading and informed the local police.

On the other hand, Srinivas’ family members had lodged a missing complaint with the Plantsite police at that time.

The Raigarh police had informed the Rourkela police regarding recovery of the body.

A team of the Plantsite police had gone to Raigarh to bring back the body, which was handed over to the kin of the deceased after post-mortem.