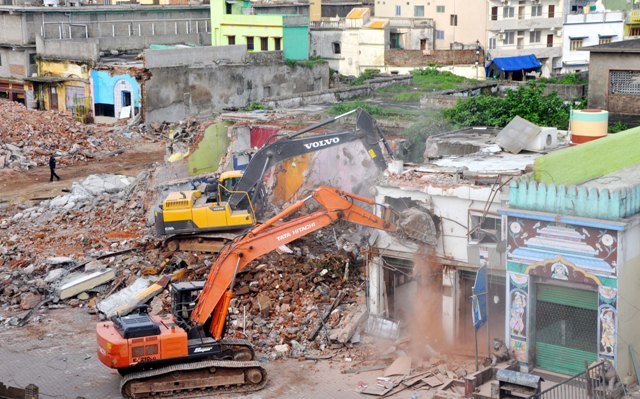 Puri: An amount of Rs 5 crore has been sanctioned by the State Government for modernization of Raghunandan Library of Emar Mutt in Odisha’s Puri town, which was razed during a demolition drive, informed Puri Collector Balwant Singh today.

“The money will be spent on modernization of the library. Palm leaf manuscripts and books, which were housed in the library, will be digitised,” the Collector said.

Other articles and important books related to the Srimandir and Jagannath culture will be kept in the modern library. The new library will be constructed on the land where the mutt was located, the official said.

He further informed that out of 81 applicants, 26 shopkeepers of Jagannath Ballav Craft Complex near the Srimandir have been rehabilitated.

Worth mentioning, all books, manuscripts and furniture of the library have been shifted to a building on the premises of the Collector’s office after the razing of the library.