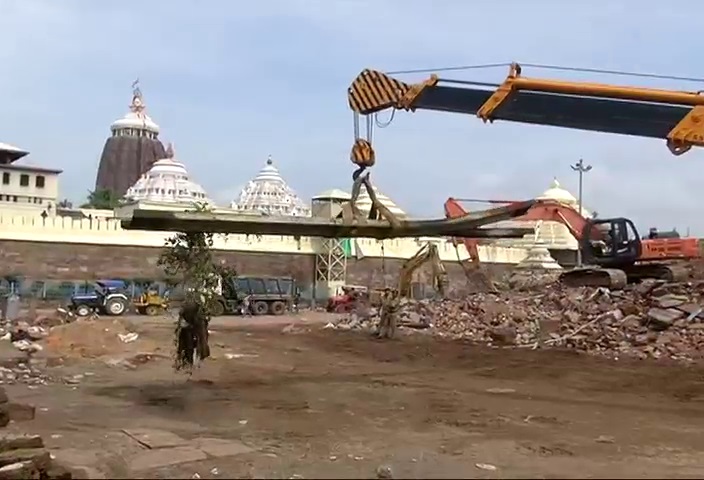 Puri: A day after visit of Supreme Court-appointed amicus curiae to Puri for inspection of ongoing eviction drive around Srimandir, the demolition of another mutt began today.

The process to raze the shops located on the premises of Bada Akhada Mutt commenced in the morning in presence of magistrate and police personnel.

Amidst protest of seers of religious establishments and few political leaders over Odisha government’s move to vacate structures adjacent to Srimandir, Puri district administration again resumed the eviction drive, which was halted for three days after drawing flaks from various quarters.

The protest was staged after demolition of 900-year-old Emar Mutt located near the Jagannath Temple demanding rehabilitation of the mutts before eviction.

However, amicus curiae Ranjit Kumar backed the eviction process carried out by the state government under a beautification project of Srimandir.

During his visit to Puri, he conducted field inspection to check whether the drive is being carried out upsetting people. He was assured to see the initiative taken by Odisha government for making Puri as the world pilgrim city.