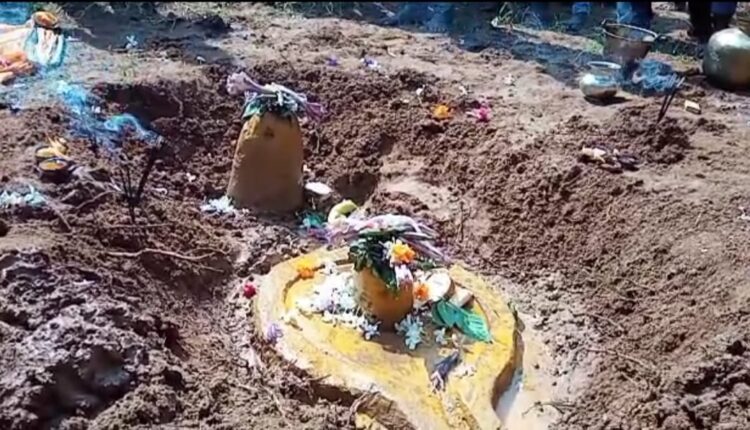 Chhatrapur: Two days after an ancient shivling was unearthed in a village in Bhadrak, one more shivling has been found in other district of the State.

The representation of Lord Shiva was discovered at an abandoned field at Chandrapada village under Chhatrapur block in Ganjam district.

According to reports, a resident of the village had dreamt about the shivling a few days back. However, nobody had believed that. Some youth started digging out the soil at the field today after they smelled sandalwood fragrance coming out from the ground. 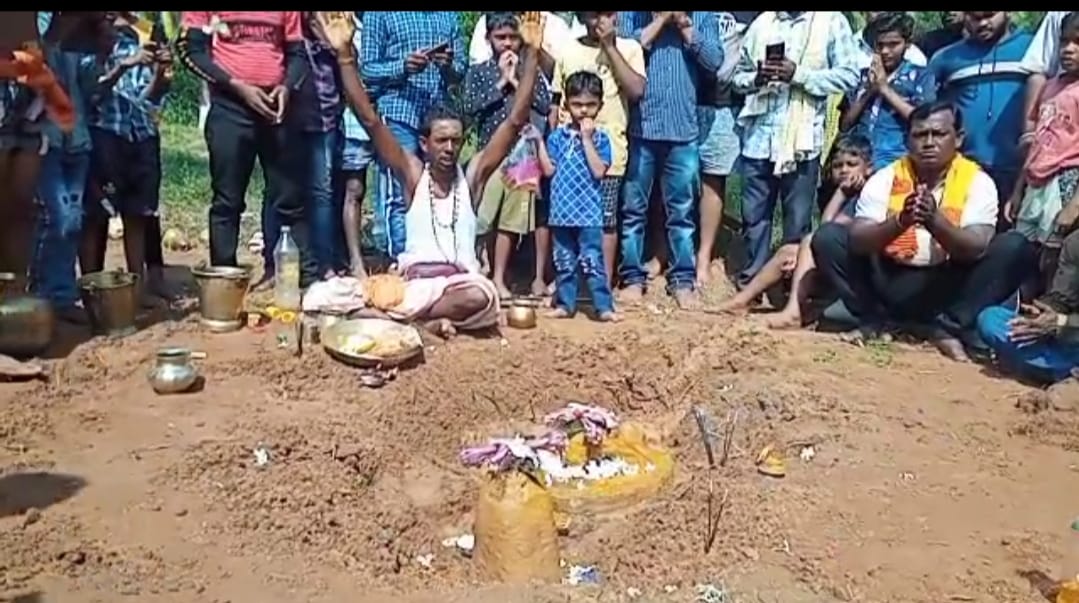 During excavation, they found a shivling covered with sandalwood paste. As the news spread, the villagers thronged the place and started digging ground with curiosity following which they discovered another shivling.

As the shivlings situated below the ground were discovered on Monday in holy month of Kartik, the locals offered prayer at the place.