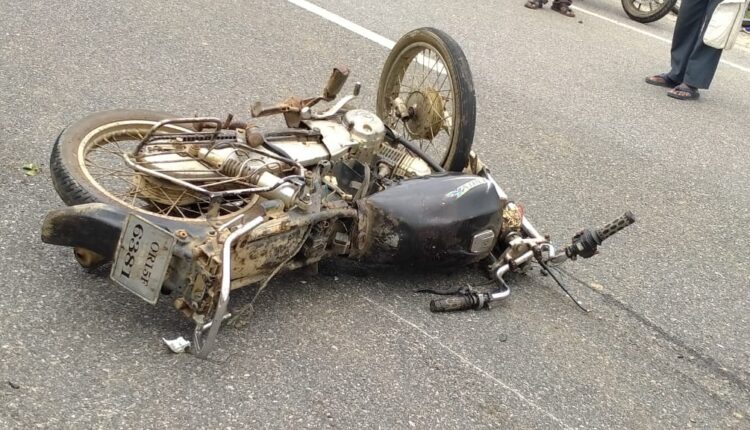 Boudh: In a tragic incident, a man and his five-year-old son were killed in a road mishap on NH-57 near Singari village under Baunsuni police limits in Boudh district today.

The deceased man has been identified as Sudhir Das, a resident of Juramunda village.

According to reports, the father-son duo died on the spot after a speeding truck ran over a motorcycle on which they were travelling near Singari village. A pillion rider sustained serious injuries in the incident. He has been admitted to the Community Health Centre, Baunsuni, for treatment.

Following the incident, the irate locals staged road blockade by burning tyres on the National Highway demanding compensation to kin of deceased persons.