Two killed, many injured as picnic bus falls off bridge in Odisha’s Dhenkanal 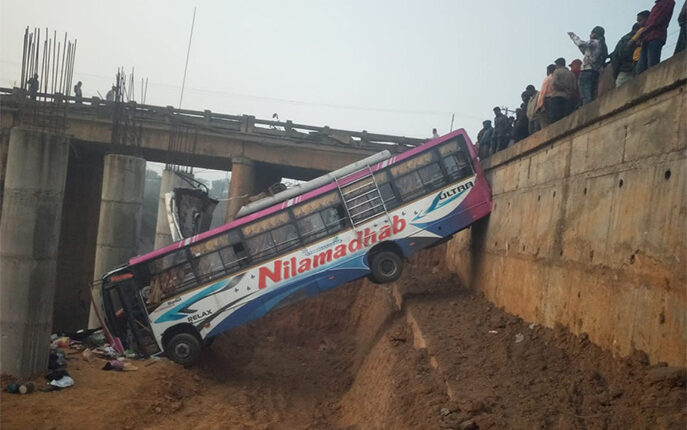 Dhenkanal: In a tragic incident, a bus carrying picnickers fell off a bridge on NH-55 near Panchubati in Odisha’s Dhenkanal district this morning killing at least two persons and leaving many others injured.

According to reports, the ill-fated vehicle carrying more than 40 persons was heading towards Ichhapur in Kendrapara from Dhenkanal. The driver of the bus lost control over the wheels, as a result of which it fell off the bridge.

The accident caused death of two women on the spot. They were identified as Renubala Jena and Bijayalaxmi Swain of Kendrapara.

While the injured ones were admitted to a local hospital, 15 of them were later shifted to the SCB Medical College and Hospital in Cuttack as their condition deteriorated.

All of them were returning home after picnicking at Harishankar in Balangir district.

Subhas Chandra Bose and his undying love for Odisha