In a notification dated October 20, 2022, the DGCA stated that the license was issued to the Odisha Government for the Jeypore Airport in exercise of powers under Rule 78 of the Aircraft Rules, 1937. 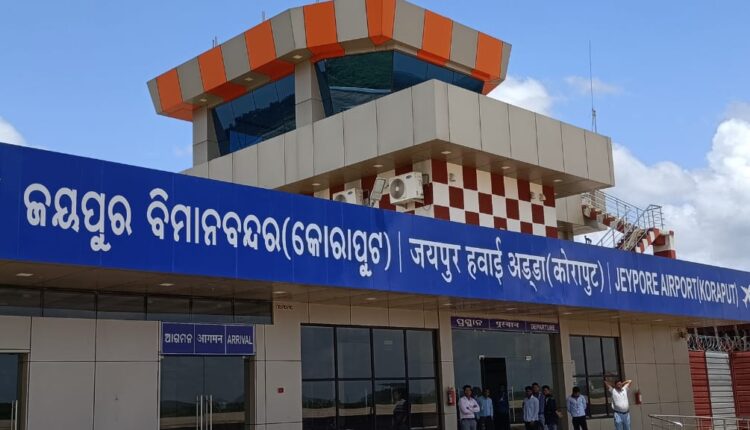 New Delhi/Bhubaneswar: People of Odisha’s Koraput district now finally have a reason to rejoice after the Director General of Civil Aviation (DGCA) today issued the much awaited aerodrome license for scheduled airline operations to Jeypore airport under the UDAN scheme. In a notification dated October 20, 2022, the DGCA stated that the license was issued to the Odisha Government for the Jeypore Airport in exercise of powers under Rule 78 of the Aircraft Rules, 1937.

“This license authorises the aerodrome to be used as regular place for landing and departure to all persons on equal terms and conditions for operation by aircraft requiring specifications of runway and associated facilities including granted exemptions equal to or less than those indicated in the Aerodrome manual, subject to conditions as contained in Schedule 1 and for a period as shown in Schedule -11 hereto,” the notification read.

“The license is liable to be suspended/modified/withdrawn/and/or any limitations or conditions may be imposed if any violation of the provisions of the Aircraft Act 1934, Aircraft Rules 1937, or any orders/directions/requirements issued under the said Act, rules or of the limitations or conditions as in Schedule-1 are observed. This Aerodrome License is not transferable. The ARFF category of the aerodrome and other details are contained in the manual,” the notice signed by the DGCA further read.

It is pertinent to mention here that a team of Directorate General of Civil Aviation (DGCA) previously visited Jeypore airstrip on July 22, 2022. The three-member team had raised certain issues pertaining to safety and security of the runway and sought an early compliance by the district administration prior to giving final permission for flight operations.

After obtaining the requisite license, Odisha will have great hinterland connectivity.