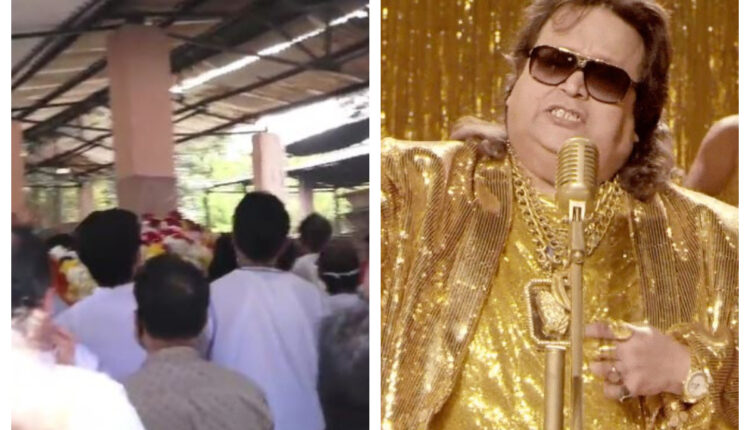 The mortal remains of Bappi-da – as he was revered in the industry – were carried out of his Juhu bungalow to a flower-bedecked van with a huge hoarding of his photo with the trademark jewellery, for his final journey to the Vile Parle crematorium.

Lahiri’s daughter and son, Rema and Bappa and other family members were seen weeping inconsolably as the body was placed on the van and slowly wended its way from Juhu to Vile Parle, a couple of kms away for the last rites.

Lahiri, 69, breathed his last around 11.45 p.m. the CritiCare Hospital on Tuesday night and Bappa returned from the US early today for performing the funeral rituals.

Starting to wield the baton at the age of 19, Lahiri has bequeathed a rich musical legacy in Hindi, Bengali, Telugu, Tamil, Kannada, Gujarati film and a variety of western-Indian fusion music for his millions of fans worldwide.

Russia’s claim of moving troops away from Ukraine border is false: US

Why did ‘Disco King’ Bappi Lahiri wear so much gold; old interview of late composer resurfaces

Low consumption of alcohol may also lead to heart failure:…