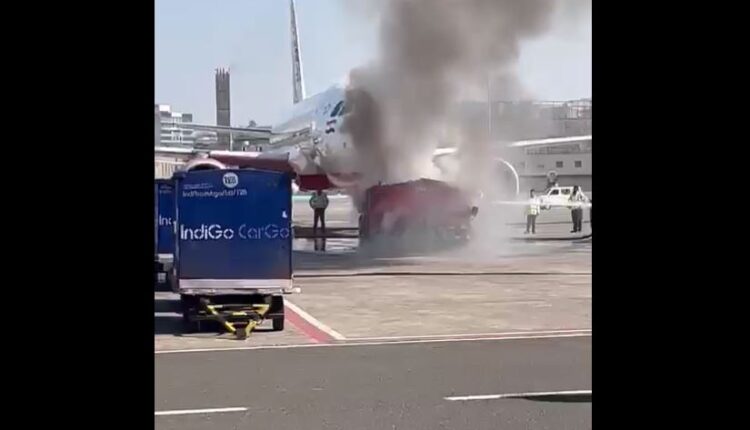 Mumbai: In a freak accident, a pushback truck caught fire when it was preparing to tow out an aircraft at Chhatrapati Shivaji Maharaj International Airport (CSMIA), officials said here on Monday.

The incident occurred when the massive truck was getting engaged with the aircraft before readying to push back the Air India Mumbai-Jamnagar flight with 85 passengers on board.

However, as thick fumes were seen billowing out of the conflagration, an airport fire brigade team in the vicinity managed to extinguish the flames on the pushback truck within barely 10 minutes, said an official.

There was no damage to the AI’s A320 aircraft or any human casualties, though a potentially major hazard was averted with the prompt response, and all operations at the CSMIA are continuing normally.