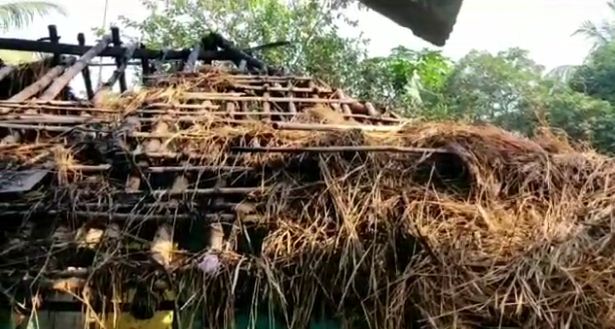 Jajpur: A 36-year-old woman was burnt to death while she was sleeping inside her house at Srirampur village under Mangalpur police limits in Odisha’s Jajpur district, last night. The deceased has been identified as Madhusmita Nayak.

According to reports, neighbours spotted the thatched house burning around 2 am. However, there was delay in rescuing the woman as the door of the house was locked from inside.

She was rushed to the District Headquarters Hospital, where doctor declared her dead. Fortunately, her two-year-old baby daughter survived the fire mishap.

Articles inside the house were reduced to ashes in the fire. Police have started an investigation into the incident.

4 more succumb to Coronavirus in Odisha; toll rises to 1,861