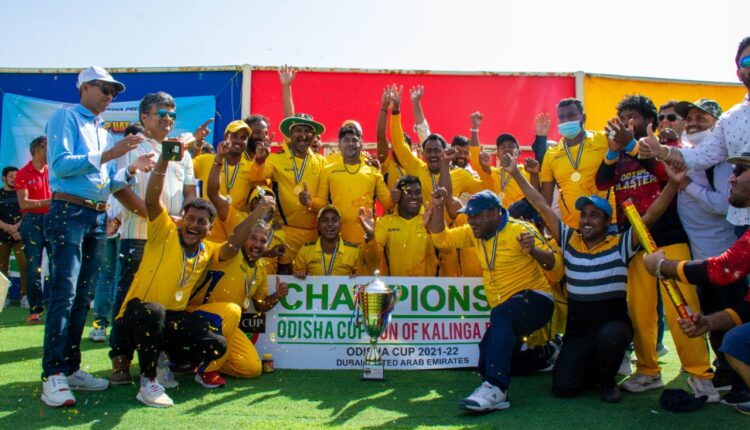 Bhubaneswar: The eighth season of Odisha Cup, World’s Largest Prabasi Odia Cricket Tournament, concluded on March 20. This year’s Odisha Cup was the biggest one since its inception in 2014. A total of 11 teams took part in this cricketing extravaganza which began on 12th November 2021.

The final match was played between Odisha Blaster Dubai and Son of Kalinga Bira Teams at the cricket grounds of the Australian International School in Sharjah, UAE. Dillip Kumar Mohanty, captain of Son of Kalinga Bira (SKB), won the toss and chose to field first, limiting opponents Odisha Blaster Dubai to 141 runs in the stipulated 20 overs. Mr. Pabitra Kumar Biswal lead scored with 34 runs off 24 balls, helping Odisha Blaster Dubai set a reasonable target. Son of Kalinga Bira Team accomplished the objective with two outstanding knocks from Ashit Kumar Samal (56 runs from 33 balls) and Abinash Patra (40 runs from 28 balls). Abinash Patra’s all-round effort with the bat and ball earned him the title of ‘Man of the Match’. Apart from scoring 40 runs off 28 balls, he claimed three vital wickets during his innings. 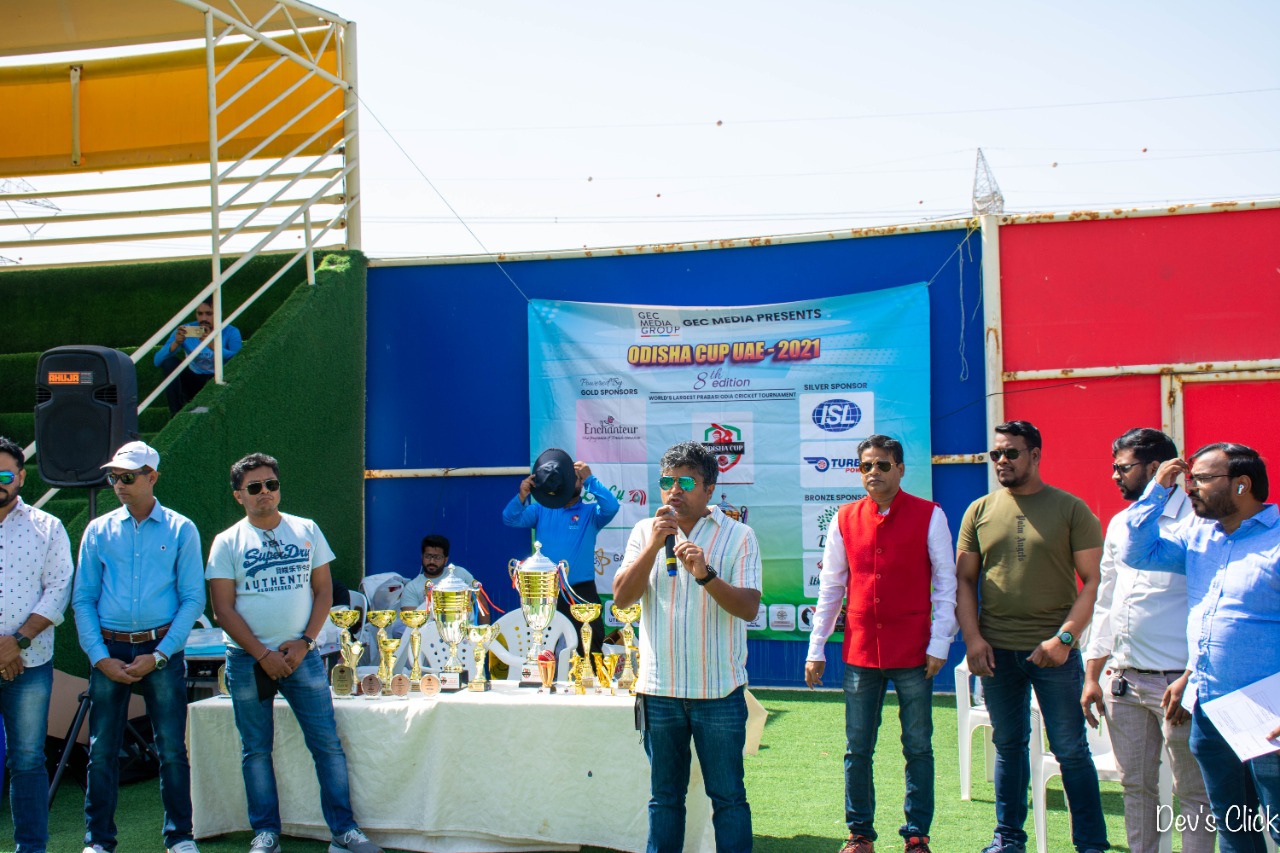 The match was played in a carnival type atmosphere in presence of a huge crowd, primarily composed of Odias. Many people had come with their entire families. The joy of experiencing a live match in an in-person gathering, especially as World comes out of the Covid-19 Pandemic, was very much evident on the faces of the spectators. An elaborate spread of Odia snacks and foods were also organized for the players and spectators. Odisha Cup has become a vital part part in the life of Odias residing in the United Arab Emirates over the years. They have been looking forward to watching this year’s cup as last year it was cancelled due to the Pandemic.

Individuals from all sectors/sections of society are welcome to participate, according to the organizing committee. As per them, it’s an ideal forum for showcasing talent by providing equal opportunities. The tournament fosters sportsmanship, camaraderie and brings all Prabasi Odias together under the banner of cricket. 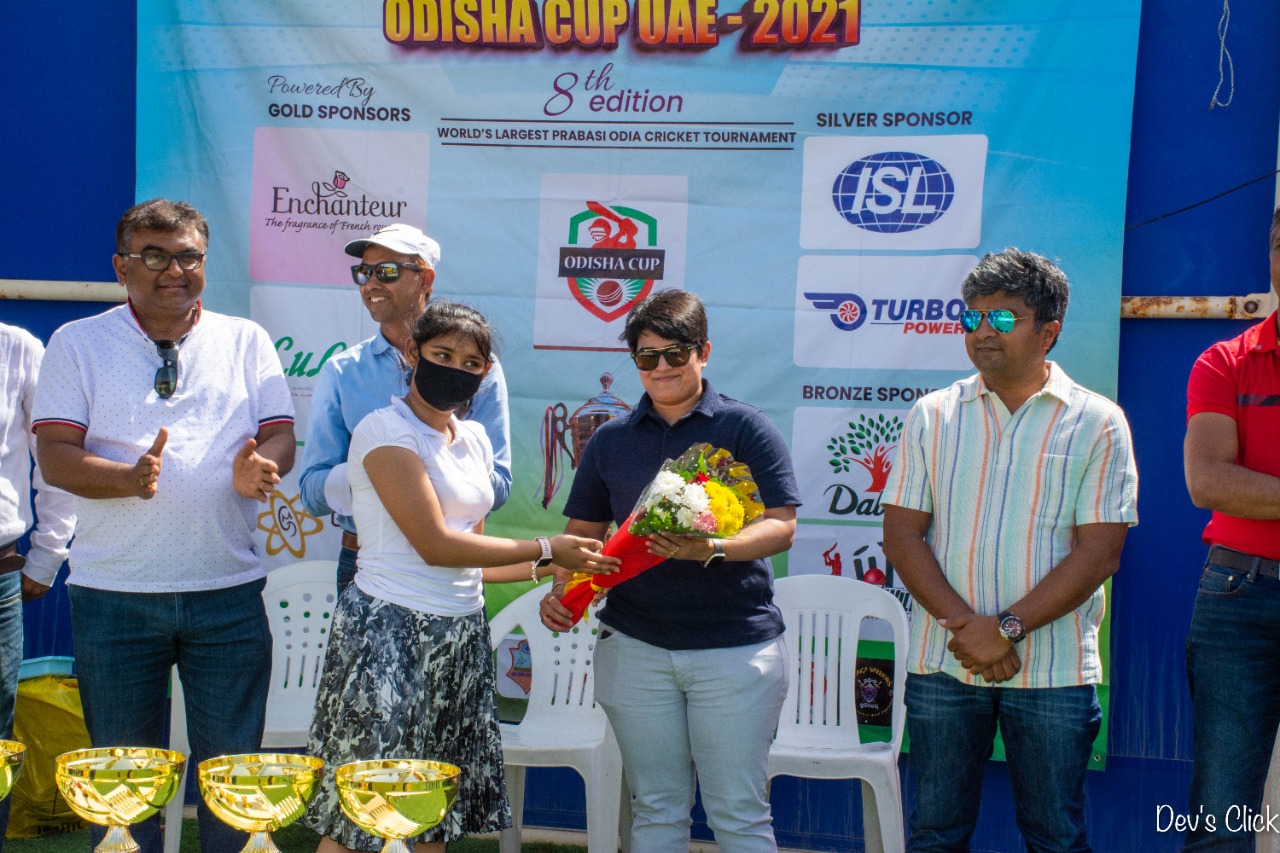 Ms. Charvi Bhatt (former captain of the UAE Women’s National Cricket Team, sports commentator and professor at Westford University, Sharjah) joined the event as the Chief Guest. In her remarks, she encouraged all of participants and organizers in her speech. She was very happy to see the growth of Odisha Cup over the years and wished the 2022-23 edition to be the best ever.

Mr. Priyadarshee Panigrahi, an adviser to the Odisha Cup and a Senior Business Management Professional had joined the function as a guest of honor. According to him, this is one of the the largest in-person gathering of Prabasi Odias in the Middle East and North Africa (MENA) region since the pandemic began over 2 years ago. He said that the organizing committee deserves a lot of respect for bringing all 11 teams together and providing them with a platform to play cricket in a foreign place, while taking all essential Covid-19 related precautions (COVID-19).

Mr. Tushar Sahu, a leading non resident Odia, who was one of the principal sponsors of Odisha Cup was overjoyed to see the response to the tournament. He was please to see the dedication and commitment of both the players and organizers. 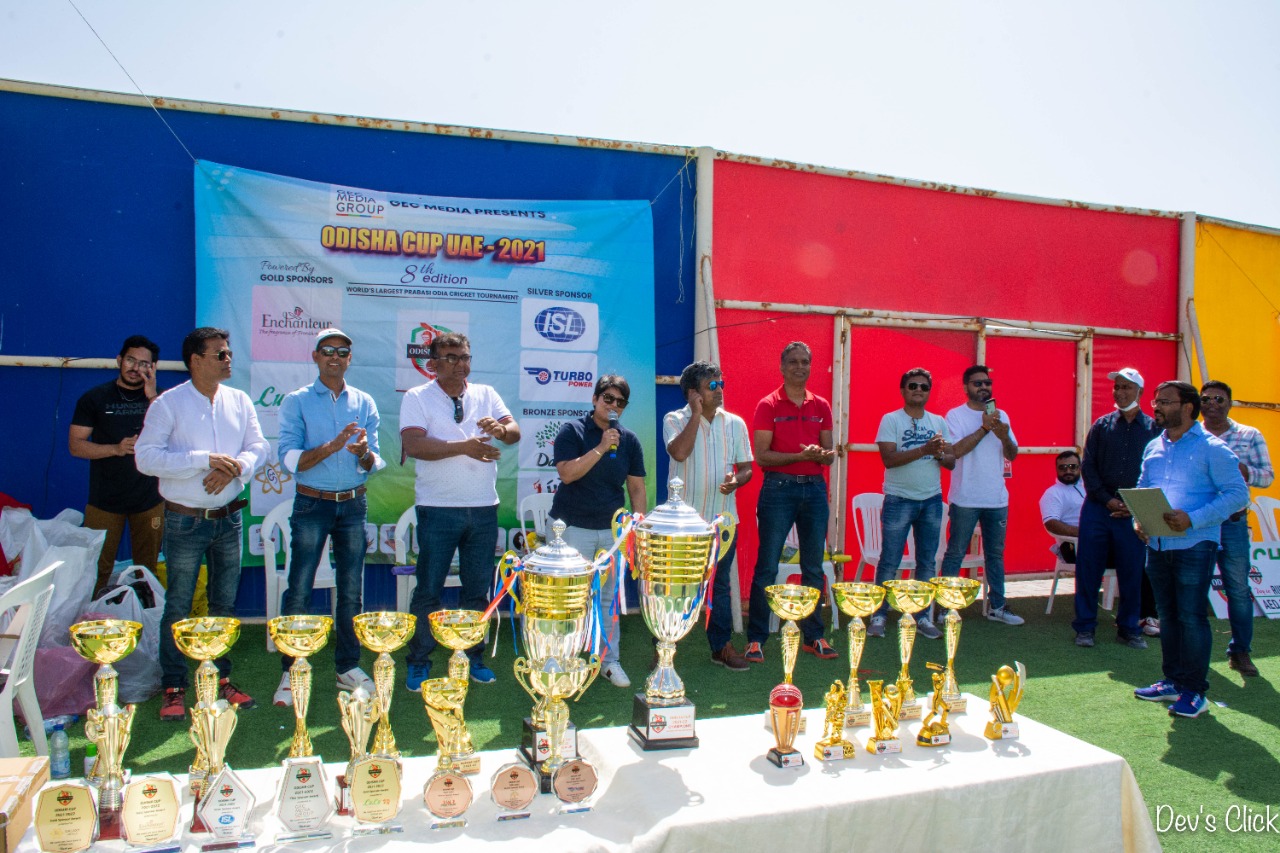 Mr. Amiya Kumar Mishra, another adviser of Odisha Cup and President of Odisha Samaj UAE, also attended the occasion. He congratulated all of the teams and organizers on their outstanding efforts in making the Odisha Cup a success for the past eight years.

As the Son of Kalinga Bira team was handed over the Winners Tropy of Odisha Cup 2021-22, a big sigh of relief was heaved by the organizers. They had successfully organized the Cup despite all Covid-19 restrictions in place, notwithstanding a two month plus break due to the rising Omicron variant cases. On behalf of the organizing committee, Rajat Rath and Susant Jena promised to make the 2022-23 edition the biggest one by getting more teams and ensuring the spirit of brotherhood continues to be fostered among the Odia community in the UAE.