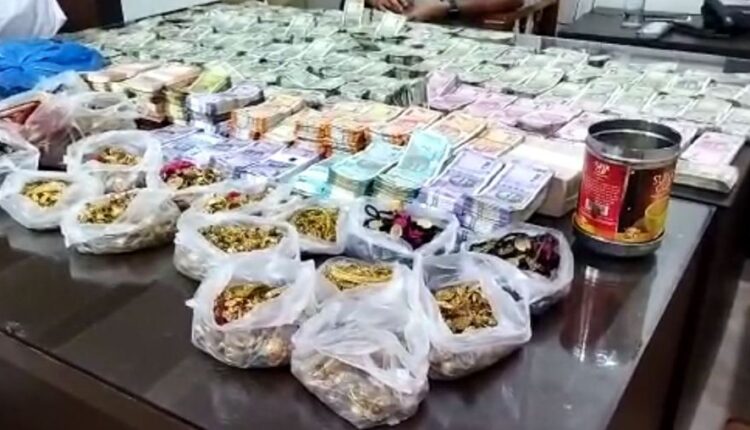 Berhampur: Police today seized around 8 kg gold and Rs 75 lakh in cash from the house of a ganja trader at Khajapalli in Khallikote area of Odisha’s Ganjam district.

Acting on a tip-off, a joint team of police and Excise officials raided the residence of accused Rajanikanta Pattnaik. He was allegedly involved in peddling ganja by procuring it from Kandhamal and supplying to different places.

The raid was conducted as he was planning to transport the ganja on his scooter.

Apart from the gold and cash, 10 kg of opium and 34 kg of ganja were seized by the cops during the raid.

Pattnaik has been arrested in this connection.