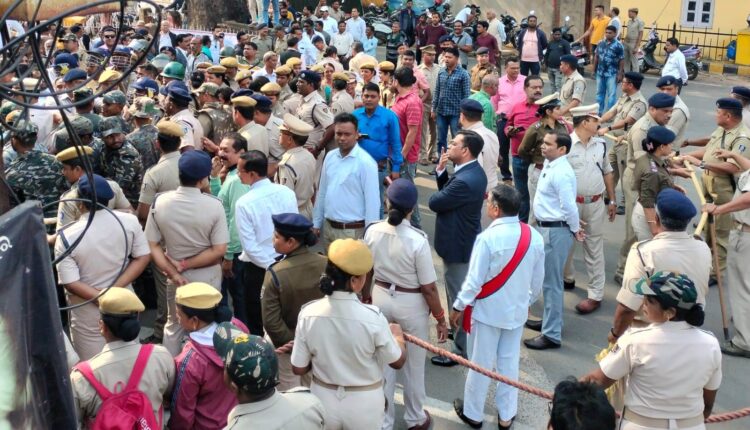 According to reports, the lawyers were staging protest demanding establishment of a permanent bench of the Orissa High Court in Sambalpur, during which police uprooted tents camped by the agitators.

A face-off situation ensued between the lawyers and police over the matter.

On the other hand, several judges couldn’t reach the court premises due to protest by lawyers and returned home.

Notably, the Supreme Court had directed the Bar Council of India (BCI) to suspend the licences of the agitating lawyers.

The apex court had also directed for arrangements by police to prevent lawyers from obstructing the working of court.

The top court was hearing an application filed by the Registrar General of the Orissa High Court saying the bar associations’ strike in several districts has seriously hampered the judicial work in all the subordinate courts.

Earlier, the Sambalpur District Bar Association had said that around 1600 lawyers will surrender their licence if one of them is suspended. The agitators have resorted to cease-work demanding establishment of a permanent bench of the Orissa High Court in Sambalpur.