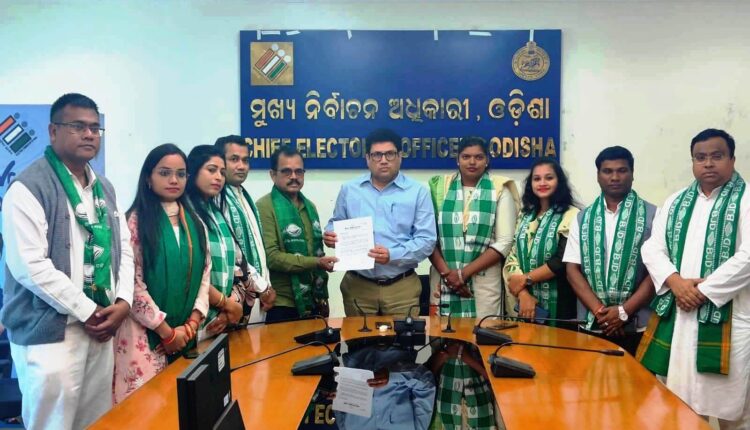 Bhubaneswar: A delegation of the Biju Janata Dal (BJD) today met the Odisha Chief Electoral Officer (CEO) and sought increase in security for party’s Bhatli MLA Susanta Singh ahead of the Padampur bypoll.

In a memorandum submitted to the CEO, the party said it was fearing murderous attack on the MLA by two leaders of the BJP who had earlier assaulted the legislator’s brother during Bijepur bypoll.

“BJP has a long history of electoral violence in Odisha. We had in fact filed a petition with your office yesterday itself how BJD worker Sanju Bariha was murderously attacked on 23rd November, 2022 by BJP worker Rinku Meher along with other BJP workers at Bubuda Village, Dahigaon GP, Padampur Block leading to serious head injury for which he had to be shifted to VIMSAR, Burla as his condition worsened. Electoral violence is a habit for the BJP in Odisha and they might well be preparing for more in the coming days,” the BJD said in the memorandum.

“During the 2018 Bijepur by-poll, it is well known that two BJP leaders had murderously attacked BJD MLA Susant Singh’s brother and these two BJP leaders are now star campaigners of the BJP in Padampur by-poll. They were in jail for this crime and now out on bail and campaigning for BJP. It is also being heard that they are now planning to attack Susant Singh in this Padampur by-poll and for that they have also started preparations,” the BJD said.

“We therefore request you to kindly increase the security of Susanta Singh in order to protect him from this murderous conspiracy that has been hatched again by these BJP leaders during this Padampur by-poll. We look forward to your kind intervention and also strict monitoring and surveillance of these criminal elements within the BJP who have a penchant and history of crime during elections in Bargarh district,” it added.