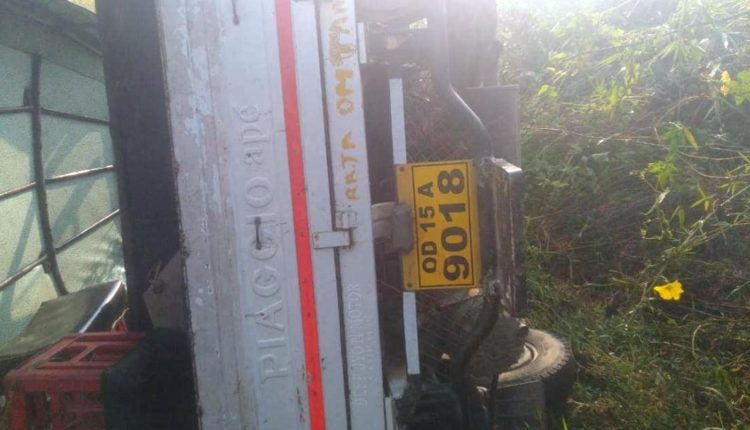 Sambalpur: An auto-rickshaw carrying farm labourers overturned on Meghpal road in Sambalpur district today. One person died and two others were critical in the incident.

The deceased was identified as Khyamasil Mirdha (45), an agricultural labourer.

According to reports, as many as nine farm labourers were travelling in the auto-rickshaw to be engaged in paddy cutting work. The vehicle overturned at Jhargulunda at around 6.30 am after the driver lost the control over it.

While one labourer died on the spot, two others sustained injuries in the mishap. The injured persons have been taken to the District Headquarters Hospital, Sambalpur, for treatment.