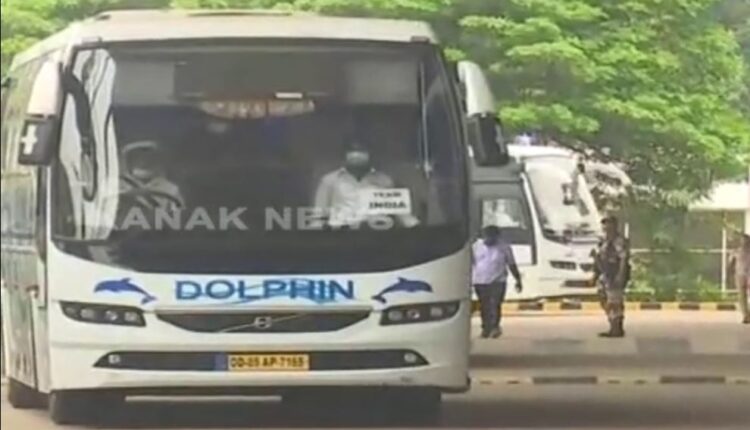 Bhubaneswar: Players of Team India and Team South Africa reached Odisha capital today, ahead of the scheduled T20I match at the Barabati Stadium in Cuttack city on June 12.

The players arrived at the Biju Patnaik International Airport (BPIA) here at around 2 PM.

They were escorted to Mayfair Hotel here in special buses amid tight security.

After the match, the two teams will leave on June 13.

The Barabati T20I match will be the second one of the ongoing five-match bilateral series. India lost to South Africa in the first match of the series held yesterday in New Delhi.

All tickets for the Barabati match have been sold out. All the seats will be numbered and the same will also be mentioned on the tickets. The gates will open at 3 PM, four hours before the commencement of the match.

Bhagyashree to debut as judge in ‘DID Super Moms’