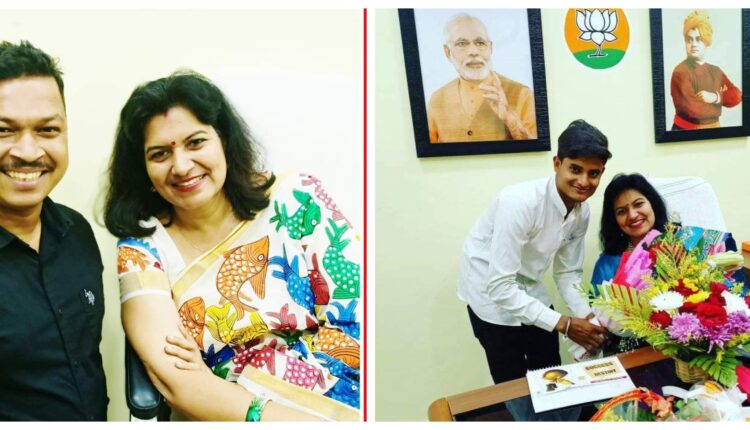 Bhubaneswar: Two close aides of BJP MP from Bhubaneswar, Aparajita Sarangi were arrested today on charges of beating a man accusing him of pasting missing posters of the Parliamentarian in different parts of the Odisha Capital.

Based on a complaint of one Shubham Hira, who ekes out a living by pasting posters on shops and walls, the Commissionerate Police arrested Dhaneswara Barik, the Bhubaneswar MP’s Personal Assistant, and Jyotiranjan Panda in Laxmisagar area in Bhubaneswar.

The complainant stated Dhaneswara and Jyotiranjan beat up him alleging that he pasted the missing posters of the Bhubaneswar MP, adding that he is clueless on such posters.

Worth mentioning, posters carrying a picture of the BJP MP with ‘missing’ written on it were found in different parts of Bhubaneswar today. The posters mentioned as to why she has been quite over the controversial heritage bye-laws framed for two temples in Ekamra Kshetra: Brahmeswara and Ananta Basudeba temples, prohibiting construction works around the shrines.

“The draft bye-laws for Ekamra Kshetra still remain in force. The Centre is conspiring to destroy the existence of the prominent heritage site of the State,” the posters alleged questioning the silence of Aparajita.