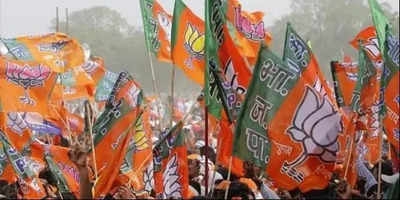 New Delhi: After the introduction of the Uniform Civil Code (UCC) bill in the Rajya Sabha as a private member’s bill, the BJP’s stance in the House indicated that the member concerned, Kirori Lal Meena, has the silent support of the party.

The Uttarakhand government has formed a Committee of Experts to examine the relevant laws regulating personal civil matters of the residents of Uttarakhand and to prepare a draft law/laws or suggest changes in the existing laws on the subject that includes marriage, divorce, property rights, succession/inheritance, adoption, maintenance, custody and guardianship.

To this end, the Committee has also been tasked to prepare a report on implementing a Uniform Civil Code in Uttarakhand.

The BJP is eyeing the 2024 general elections and Leader of the House Piyush Goyal speaking on the issue had said that it’s the legitimate right of the member.

Many Upper House members have admitted that the treasury benches were seeking an opportunity and when the opposition count was low in the House then the bill was introduced. Sources said the Congress was conspicuously absent except for a few members and indicated that may be the Congress does not want to be seen opposing the bill.

Member Imran Pratapgarhi opposing the bill had said the country needs harmony and requested the member to withdraw the bill. The strongest voice against the bill was of MDMK leader Vaiko who said the BJP is attempting to implement the RSS agenda and demanded a division.

“We are leading towards the disintegration of the country. Minority people are terribly hurt,” he said.

“It cannot be implemented in India with whatever majority or whatever force,” IUML’s Abdul Wahab said.

Amid protests by the Opposition, the private member’s bill on the Uniform Civil Code was introduced in the Rajya Sabha on Friday. A total of 63 members voted for the bill while 23 votes were against it.

The Congress, Samajwadi Party, Rashtriya Janata Dal, and the DMK staged protests while the Biju Janata Dal walked out of the House.

The UCC has been in the BJP manifesto in many elections while the private member’s bill was pending from 2020 but was not introduced.

The UCC is a proposed law to formulate and implement the personal laws of citizens which would apply to all citizens regardless of their religion, gender or sexual orientation.

The Samajwadi Party’s Rajya Sabha MP Ram Gopal Yadav, speaking on the UCC, said “marrying a cousin is considered good among Muslims but it is considered bad among Hindus… and in such a situation, how will the government implement the UCC?”

Amid a ruckus, the Rajya Sabha Chairman had again intervened and urged all the members to speak only when their turn came.

Rajya Sabha MP from Kerala, Elamaram Kareem (CPI-M), told the Chairman that he should direct Meena to withdraw the proposal as it would destroy the diversity of the country, adding that laws should not be imposed in this way.