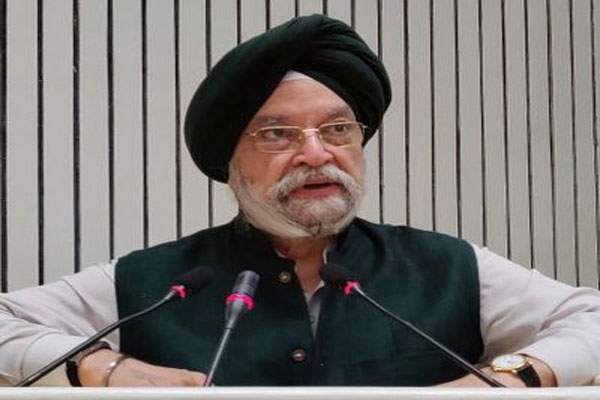 New Delhi: The Centre today denied receiving any proposal from the Odisha government for metro rail network in the State. Replying to an unstarred question asked by MP Ashwini Vaishnaw from Odisha in Rajya Sabha, Minister of State (Independent Charge) of Ministry of Housing and Urban Affairs Hardeep Singh Puri said no proposal has been submitted by the Odisha government so far for the metro rail network.

The Union Minister further stated urban transport is a State subject and the State Governments are responsible for initiating, developing and funding urban transport infrastructure including metro rail projects.

The Central Government considers financial assistance for metro rail proposals in cities or urban agglomerates, on the basis of extant policy, feasibility of the proposal and availability of resources, as and when posed by concerned State Governments, he added.

The Rajya Sabha MP wanted to know about the plans for establishment of metro rail network in Odisha.