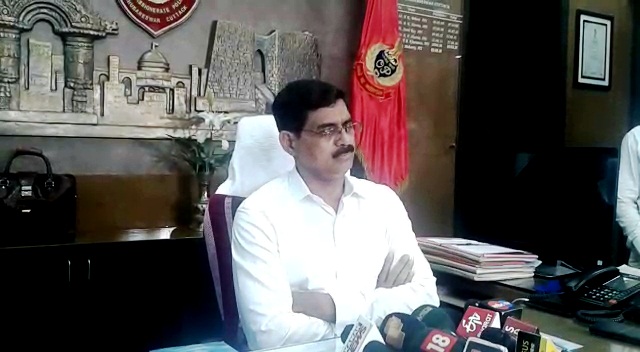 Bhubaneswar: Even as the suspense still prevails on triple murder in Cuttack, the Commissionerate police claimed to have a clue about the serial killer.

“We have some clues and based on that, a special team led by a senior police official in Additional DCP rank is investigating the matter. We hope, we will reach the culprit soon,” he told media persons.

However, he did not disclose about the clue and the suspect.

When asked about the identity of the accused, the police commissioner said that the way three poor and destitute persons were killed in the Millennium City and the prima facie suggested that it was an act of a ‘psychopath’.

“We took opinion from a professor of the forensic medicine department. According to him, the crime might have been committed by a psychopath. Based on his opinion, the probe is underway to nab the accused person,” said Mohanty.

“We are investigating the matter from all the angles. We hope we will solve the case very soon,” he added.

Notably, the Commissionerate police intensified night patrolling after three people were killed in 24 hours in same style in Cuttack recently. The accused targeted vulnerable and homeless persons sleeping on pavements at night. While a youth was found dead near Taladanda canal under Mangalabag police limits on July 23 morning, two others were found dead with injury marks on their heads under OMP bridge and near Ranihat Medical Road on July 24.