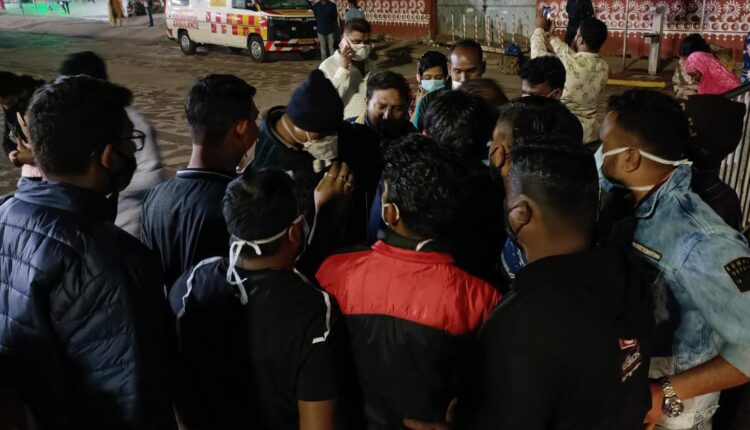 Puri: As the Shree Jagannatha Temple in Puri will remain out of bounds for devotees from tomorrow, a large number of people turned up in front of the temple to visit the temple today evening.

At around 8:30 PM, devotees broke the kiosks set up in front of the Shree Jagannatha Temple. Sanitiser boxes were dispersed and the kiosks were damaged by the devotees.

The temple will remain closed tomorrow as the sanitization work is being carried out on Sundays.

As per the Covid guidelines issued by the government, the Shree Jagannatha Temple will remain closed from January 10 to 31.