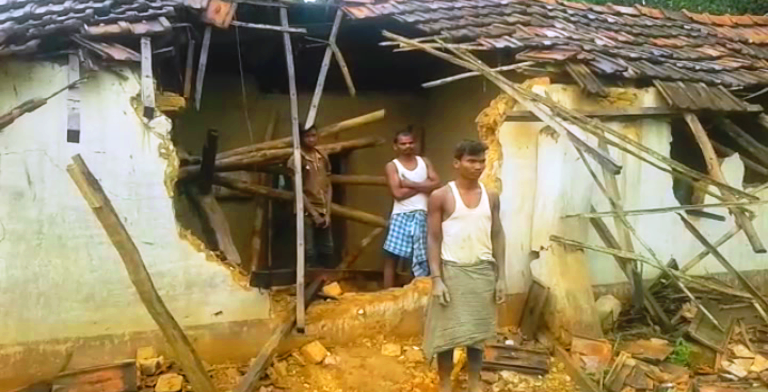 Baripada:  Resentment is brewing among residents of Andharjhari village under Forest Range in Mayurbhanj district as a herd of elephants are straying into their habitation frequently.

Last night, around 22 elephants entered into the village and destroyed houses of six families, though no injury or causality was reported in the incident.  Tension prevailed in the locality following the mishap, after irate locals blocked the Keonjhar-Karanjia road by burning tyres. They demanding compensation for families affected by the elephant menace. Vehicular movement on the road came to a grinding halt due to the protest.

They alleged that the pachyderms have been camping in the region for the last one month and wreaking havoc by destroying houses and crops of locals. However, the forest officials have not taken any concrete step to drive away the jumbos.

Later, the angry locals withdrew their stir after forest officials reached the spot and pacified them.