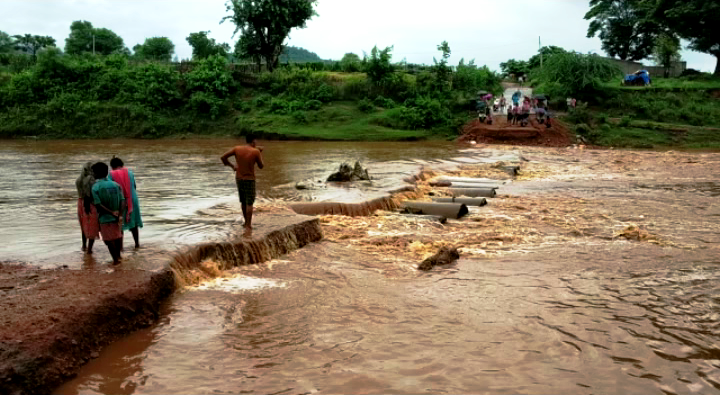 Rayagada: A temporary bridge over Kalyani River that was considered as the lifeline of Kalyansinghpur block in Rayagada district was washed away due to flash flood today.

With this, communication in all villages under six Panchayats under the block has been disrupted affecting around 20 thousands people. Meanwhile, the district administration has supplied boats to local fishermen for communication in the region for the time being.

“No Government official has visited the affected areas to take stock of situation after the mishap. Thousands of people residing in the six Panchayats are now left to fend for themselves,” he added.