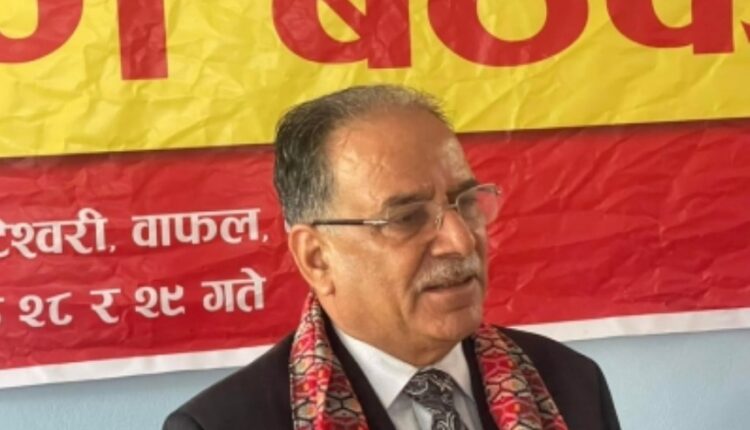 The meeting is part of the saffron party’s ‘Know BJP’ initiative launched on its foundation day on April 6. Prachanda is currently on a visit to India on the invitation of BJP chief Nadda. During the meeting between the two leaders, various ways to enhance party to party interaction will be discussed.

External Affairs Minister Dr. S. Jaishankar and in-charge of BJP Foreign Affairs Department Dr. Vijay Chauthaiwale will be present in the meeting between Nadda and Prachanda.

On Saturday, Prachanda met Jaishankar. In a tweet after the meeting with Prachanda, Jaishankar said, “Pleased to welcome @cmprachanda to India on his visit at the invitation of BJP President @JPNadda ji. A productive discussion on strengthening our neighbourly relationship with a focus on economic cooperation.”

“Reflecting our Neighbourhood First policy, India will remain a steadfast partner of Nepal in its quest for progress and prosperity,” Jaishankar added.

This meeting is in continuation of BJP’s outreach programme ‘Know BJP’ through which the BJP chief is interacting with foreign dignitaries. Under this programme, Nadda has so far interacted with Nepal Prime Minister Sher Bahadur Deuba, Minister for Foreign Relations of Singapore Vivian Balakrishnan and also envoys of 47 countries.

On the occasion of the party foundation day, Nadda launched a new initiative ‘Know BJP’ specifically to address overseas audiences. Under this initiative, during interaction Nadda elaborates on the history, struggles, successes, ideology and contribution of the BJP and its governments in the national development. He is also addressing the queries from the distinguished guests.