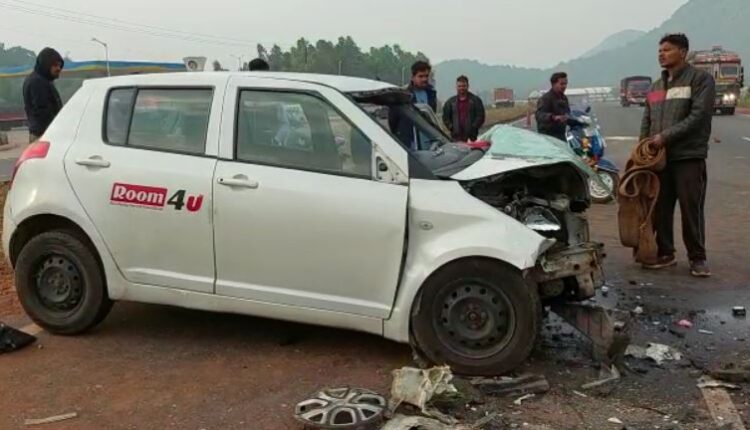 Khordha: In a tragic incident, four persons died as the car in which they were travelling rammed into a stationary truck on NH-16 near Badapokharia under Jankia police limits in Odisha’s Khordha district, early this morning.

According to reports, the driver of the ill-fated car lost control over the wheels, as a result of which it hit the truck parked on roadside.

The four occupants of the car, including two women, died on the spot under the impact of the collision.

The victims were reportedly heading towards Bhubaneswar from Andhra Pradesh.