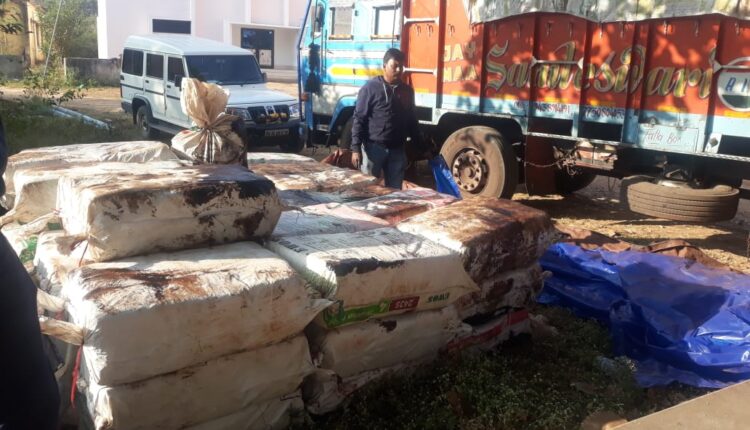 Bhubaneswar: Ganja worth more than Rs 1.5 crore was seized at two different places in Odisha, today while three persons have been arrested in this connection.

The Special Task Force (STF) of the Odisha Crime Branch seized over 2 tonnes of ganja worth around Rs 1 crore from a truck near Muniguda in Rayagada district. The contraband was being smuggled to Kantamal in the vehicle.

The driver and helper of the truck managed to flee the spot.

On the other hand, Excise officials seized 11 quintals of ganja worth Rs 55 lakh from a coconut coir laden truck in Berhampur and arrested three persons over their alleged involvement in the offence.

The ganja was being transported in the truck and a car from Gajapati district to Uttarakhand.

Notification out for Odisha Matric Exam-2021 form fill up