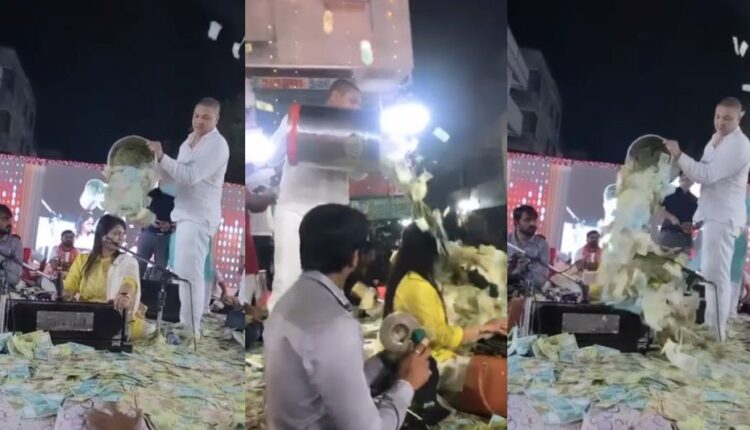 Bhubaneswar: Famous Gujarati folk singer Urvashi Radadiya was recently showered with a bucketful of cash during her performance at a show.

The incident took place when she was performing in Gujarat at an event organized by Shri Samast Hiravadi Group.

She took to Instagram and posted a video of the incident.

In the clip, she can be seen sitting and performing on a stage brimmed with currency notes. Later, a man comes with a bucketful of cash and showers the notes on the singer.

Others present below the stage were also seen doing similar act while praising the singer’s performance.

She brushes away the notes from herself and the harmonium while continuing her performance.

The video has gone viral on the social media platform.

Spider-Man: Across the Spider-Verse first look out

Shiv Sena leader Priyanka Chaturvedi steps down as anchor of…