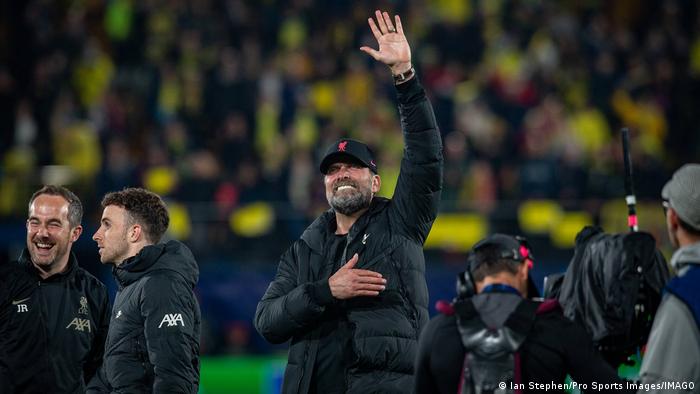 Villarreal: Liverpool’s German manager Jurgen Klopp has disclosed that he had told his boys ahead of the UEFA Champions League semifinal return leg against Villarreal at the El Madrigal stadium that the next morning he wanted the newspaper headlines to read like “The mentality monsters were in town”.

After winning the semifinal home leg 2-0 last week, Liverpool travelled to Spain for the return leg, defeating the hosts 3-2 to enter the UEFA Champions League final on 5-2 aggregate.

The 54-year-old Klopp said that reaching the final was an outstanding achievement, and a very special occasion as the rivals were fighting really hard to negate the advantage of the first leg.

“Outstanding, massive, it feels like it’s the first (entry into the Champions League final), to be honest, because it is always so special. It is, for me, the best club competition in the world. I love it, love the sound, everything, love the nights. It’s incredible, what (Villarreal manager) Unai (Emery) is doing is incredible, how the players put us under pressure, everything is great. So it feels so special because it was so difficult for us, but in the end we deserved it as well and that’s really cool,” said Klopp on liverpoolfc.com.

Klopp has now led the club to three Champions League finals in five seasons and his side is the first in history to reach the final of the UEFA Champions League, the Emirates FA Cup and Carabao Cup in the same campaign.

“It (win over Villarreal) was massive, massive from the boys. Before the game I told the boys that I would like to read the headlines that ‘The mentality monsters were in town’ just because I wanted us from the first moment not like somebody that defends the result but goes for the three points or for the win. I couldn’t see that (happening initially) but the second half was like this (what I wanted)… coming back like we came back in the second half was really special. The first half (disappointment) can happen but reacting like we reacted (in the second half) made it really special,” he added.

Villarreal took the lead in the third minute and added a second in the closing minutes of the opening half to negate Liverpool’s first-leg advantage, much to the dismay of Klopp. But goals from Sadio Fabinho (62nd min), Luis Diaz (67th) and Sadio Mane (74th), helped the English giants win 5-2 on aggregate and secure passage into the UCL final.

Klopp detailed the tactical changes made at half-time that enabled Liverpool win.

“The start was obviously really difficult for us to take; we were obviously impressed by that. We had no real build-up; we didn’t play in the right spaces. All of a sudden we just kicked long balls and tried to force it. We had, kind of, dangers, but never enough to get a little bit of momentum. So we just explained to the boys where we have to play, what we have to do, where we have to be stronger and where we have to move smarter because obviously in the first half we didn’t move enough.

“We couldn’t find the midfielders in the half-space because they were not there; the front three were too fixed: Sadio left, Mo (Salah) right and Diogo in the centre. There was no flexibility so we had to mix that up definitely, to cause them more problems. Because of their (Villarreal) very man-orientated defending we played in their hands and that’s what we had to change.”