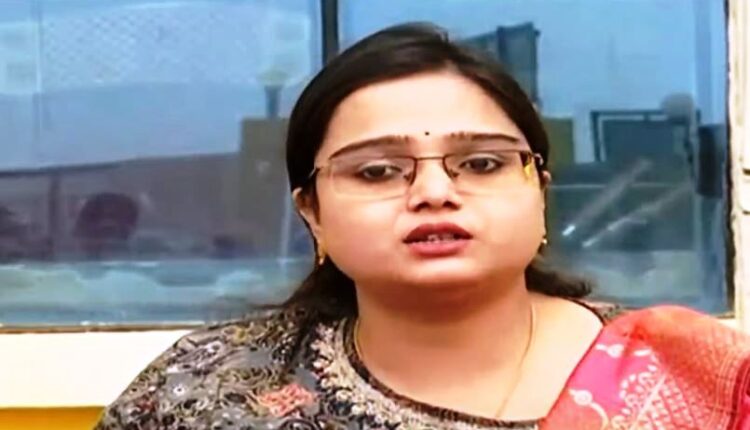 Puri: Spat between popular singer Humane Sagar and his wife Shreya Mishra became uglier as she accused her husband of having ‘extramarital affair’.

Addressing a press conference here today, Shreya said, “Entry of a ‘third person’ in our married life led to the discord. It would be inappropriate to reveal the name of that person as we have taken time to resolve the issue amicably. I can’t take any name at this time.”

Shreya further said that Humane Sagar started torturing her after she gave birth to their daughter. “The torture increased gradually and reached an extreme level. We tried to solve it mutually, but in vain. I never wanted to malign his image as he is a famous singer. However, the torture became unbearable. Subsequently, I approached the police,” she said.

“Humane Sagar used to thrash me and punch in my face. I had sustained injuries on my face. He was consuming liquor excessively. I had advised him to limit the liquor consumption. I had hidden liquor in our house to prevent him from drinking, for which he beat me,” she said.

“He never took responsibility of our daughter. There was no major attachment between him and his daughter,” she mentioned.

“As I am a Hindu woman, I love to put sindoor on my forehead. My in-laws were prohibiting me from doing so as they are Christians. However, they never tortured me over this matter,” Shreya said.

“Humane Sagar has not contacted me after counselling at police station. I don’t feel that he and his family members are interested to resolve the matter,” she added.