HEALTH & WELLNESSINDIAODISHA LATEST
By Sambad English Bureau On May 14, 2021 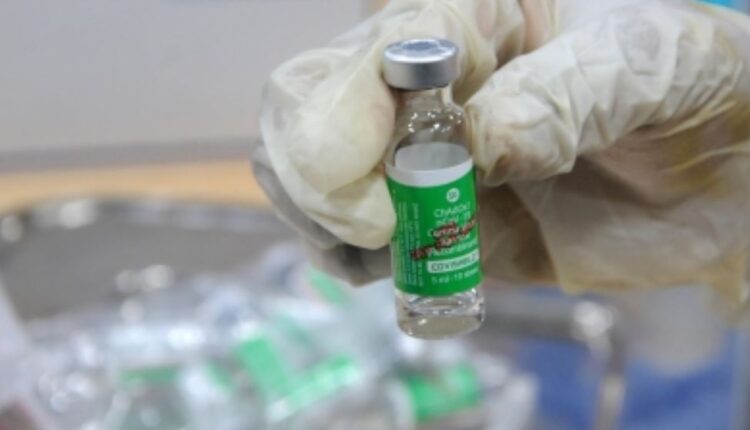 New Delhi: Extending the gap between the first and second doses of Covishield vaccines to 12-16 weeks from the earlier 6-8 weeks, is a reasonable approach and is unlikely to have a negative impact on the efficacy of the jabs, say doctors on Friday.

The Covid Working Group chaired by Dr N.K. Arora, on Thursday, recommended extension of the gap between two doses of Covishield vaccine to 12-16 weeks. The Union Ministry of Health and Family Welfare has also accepted this recommendation.

“It’s unlikely to have a negative impact on the vaccine efficacy. As the immune memory developed by the first dose of vaccine would likely remain for a prolonged duration,” Dr. Dipu T S, Associate Professor, Department of Internal Medicine, Amrita Hospital, Kochi, told IANS.

The Serum Institute of India-manufactured vaccine, developed by Astra-Zeneca and the University of Oxford, was initially to be administered 4-6 weeks apart.

However, in April this year, the Ministry of Health and Family Welfare, working on the recommendations of the National Technical Advisory Group on Immunisation and the National Expert Group on Vaccine Administration for Covid revised the interval to 6-8 weeks.

Both recommendations that warranted revision of the dosing interval were based on clinical trials conducted by AstraZeneca and Oxford University across the UK, Brazil and South Africa involving 17,178 participants.

The study, published in the Lancet in March, supports a longer-interval immunisation strategy. It showed that Covishield vaccine’s efficacy was significantly higher at 81.3 per cent after two standard doses given at an interval of 12 weeks or longer, compared with 55.1 per cent when given less than 6 weeks apart.”

The study, led by an international team of researchers, also claimed that antibodies were over “two-fold higher” in those people who received the second dose after a 12-week period, compared to those who took it under six weeks after receiving the first dose.A

“So, a policy to vaccinate at three months does not compromise the vaccine efficacy, but may make it better,” Dr Praveen Gupta, Director, Neurology, Fortis Memorial Research Institute, Gurugram, told IANS.

“As the second dose is just a booster dose, in the body it will augment the pre-existing antibody response that happened as a consequence to the first dose of the vaccine. Hence the antibody against Covid will go up,” Dipu added. There could be mild adverse events like flu-like illness, but no major adverse events are expected as it is just enhancing the pre-existing immune response, he added.

Besides improving the vaccine efficacy, “this change may also allow a larger number of people to be vaccinated thus giving us optimum public health results creating a larger vaccine net,” Gupta said.

“In the current scenario in which India is facing severe vaccine shortage, a single dose could generate immunity for the masses. Considering that protection in the larger public has a bigger impact, the current strategy of increasing the gap between the two doses of the Covishield vaccine, hence, appears to be a reasonable approach,” Dipu said.

How Cristiano Ronaldo inflicted a $4 billion loss on…