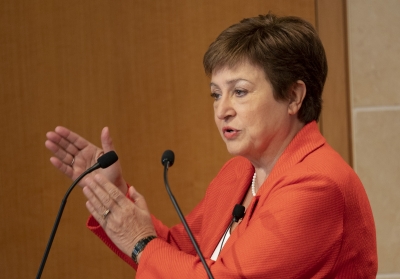 Washington:  International Monetary Fund (IMF) Managing Director Kristalina Georgieva on Thursday said that India deserves to be called a bright spot “on this otherwise dark horizon because it has been a fast-growing economy, even during these difficult times, but most importantly, this growth is underpinned by structural reforms”.

She was speaking on the fourth day of the IMF and World Bank Annual Meetings at the IMF headquarters here.

“Most importantly, this growth is underpinned by structural reforms,” Georgieva told reporters after the meeting.

She was replying to a question on her expectations from India just days before it takes over the presidency of G20.