India, Fiji in talks to set up language lab to promote Hindi 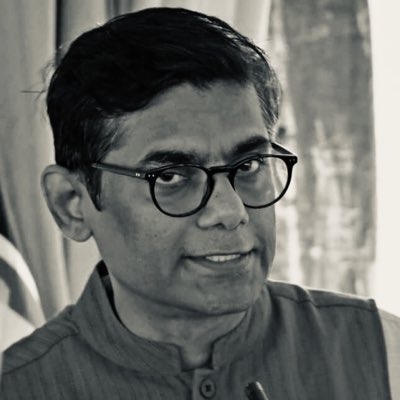 Suva: In a bid to promote Hindi, officials from India and Fiji are in talks to set up a modern language laboratory in the South Pacific nation, Indian High Commissioner to Fiji Palaniswamy Karthigeyan has said.

Hindi is one of the three official languages spoken in the country, the other two being Fijian and English.

“The government of India is also thinking of doing something to promote the (Hindi) language here,” Karthigeyan said, addressing the media recently.

“So as part of this, there is a proposal to kind of gift a modern language laboratory to Fiji and this will obviously focus on Hindi and we intend to do that in cooperation with the Government of Fiji,” he added.

The move comes ahead of the 12th World Hindi Conference next year from February 15-17, 2023, which will be hosted by Fiji, making it the first country in the Pacific to host the prestigious event.

Over a thousand delegates are expected to be part of the inaugural event, which will include Hindi-speaking scholars, language academics, and other officials.

“We are discussing with them the logistics of this and to locate the format of those things but the entire software and hardware for this language laboratory will be gifted by the government of India but the location and things are being discussed,” The Fiji Times quoted Karthigeyan as saying.

The three-day conference would be held in the Fijian city of Nadi — home to Sri Siva Subramaniya Swami temple, the largest Hindu shrine in the Pacific.

“Space will be provided by the local stakeholders, it can be a government institution or it can be an institution of higher learning like universities or even some well recognised schools. The discussions have been initialised but we are hopeful that we are able to finalise this,” the High Commissioner said.

Fiji Hindi, also known as ‘Fijian Baat’ or ‘Fijian Hindustani’, is the language spoken by Indo-Fijians, and is derived mainly from the Awadhi and Bhojpuri varieties of Hindi, IANS reported earlier.

The language developed during the peak of the British Indentured labour system, where Indians, brought to the island between 1879 and 1916, were recruited as labourers to work on the sugarcane and cotton plantations.

While it is compulsory for students of Indian origin in primary schools, it is an optional subject in secondary schools, and is also taught in Fiji’s universities.

“With a significant portion of our population having Indian heritage, we have worked together to ensure the protection and promotion of our languages, traditions, and culture. We are proud to say that Fijian scholars have made a contribution towards developing Hindi not just in Fiji but across the world via the Fijian diaspora,” Anjeela Jokhan, Permanent Secretary for Fijian Ministry of Education, Heritage and Arts, had said last month.

A Regional Hindi Conference was held in Suva in 2002.

Indians make around 38 percent of the Fiji population. As of 2021, there are 3.20 lakh Indians approximately in the country, according to India’s Ministry of External Affairs data.

Sathya Sai Baba Jayanti 2022: Best Quotes by Him to read and share on His Birthday