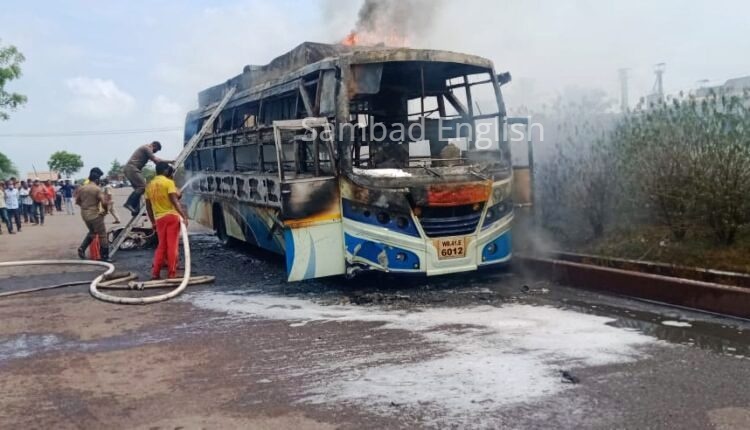 Kendrapara: Tension ran high on NH-5 in Marshaghai area of Odisha’s Kendrapara district today as locals set a bus on fire after it hit a motorcycle on which a youth was travelling which led to his death.

According to reports, the bus, which was heading towards Paradip from Kolkata, dashed against the motorcycle killing its rider on the spot. The deceased has been identified as Bikash Nayak (25).

Hundreds of locals gathered at the place and torched the bus after making the passengers alight from it. On being informed, Fire personnel rushed to the spot and doused the flames.

The bus was completely damaged in the incident. The locals have demanded compensation for the family of the deceased.

Restrictions will remain in force only in containment zones,…