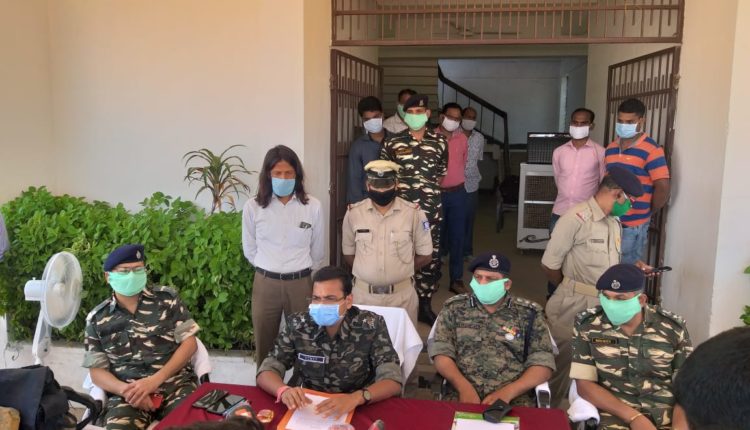 However, the red rebels managed to escape from the area during anti-Maoist operation in the forest.

Briefing a presser, Agrawal said that the anti-Maoist operation was launched on May 6 based on reliable inputs. During combing operations at around 11.45 am on May 7, the camp was busted in Patdhara RF.

The Maoists opened fire at the security forces following which the Special Operation Group (SOG) team retaliated gallantly and counter fired in self-defense due to which the CPI Maoists fled the area.

“More than seven red rebels fled the spot after 25-30 round exchange of fire between the SOG team and Maoists,” Agrawal said.

During search operation, the SOG recovered Mao literature and other articles.