Monkeypox: Infection, spread, prevention and all you need to know 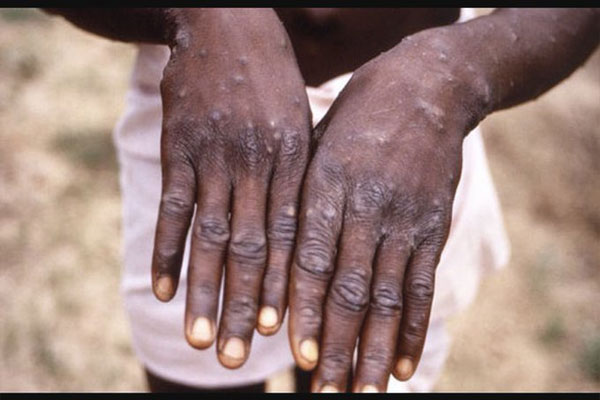 Bhubaneswar: Amid fluctuations in the Covid-19 infection graph across the globe, the diagnosis of monkeypox in a human from the United Kingdom has triggered panic among people.

As per UK Health Security Agency (UKHSA), the infected man had recently travelled to Nigeria and is believed to have contracted the viral infection from there.

Since the first step to fight any disease or infection is to be well informed about it, here’s all you need to know about the rare viral infection monkeypox:

Monkeypox, as described by the World Health Organization (WHO), is is a sylvatic zoonosis with incidental human infections that usually occur sporadically in forested parts of Central and West Africa. It is caused by virus MPXV that comes from Orthopoxvirus family. As per genomic sequence data, monkeypox has two clads- Congo Basin and West African.

How does monkeypox spread?

Both the monkeypox clads- Congo Basin and West African, can be transmitted by physical contact and through droplets. They are considered fatal to humans.

The incubation period is identified to be between 6 to 13 days. However, in some cases, the time period ranges between 5 to 21 days.

What are the symptoms of monkeypox?

Monkeypox is known to be self-limiting. The signs and symptoms and relative to that in flu and could vary from mild to severe.  Some common symptoms are:

Who are at risk?

Monkeypox generally transmits from animals to humans and further spreads among other humans, if the infected person comes in contact with healthy people. While the intensity of infection may vary from person to person, risk factors shoot up for young people, immunity deficient people and pregnant women.

How to prevent monkeypox infection?

Sharmila Tagore returns to the screen with ‘Gulmohar’