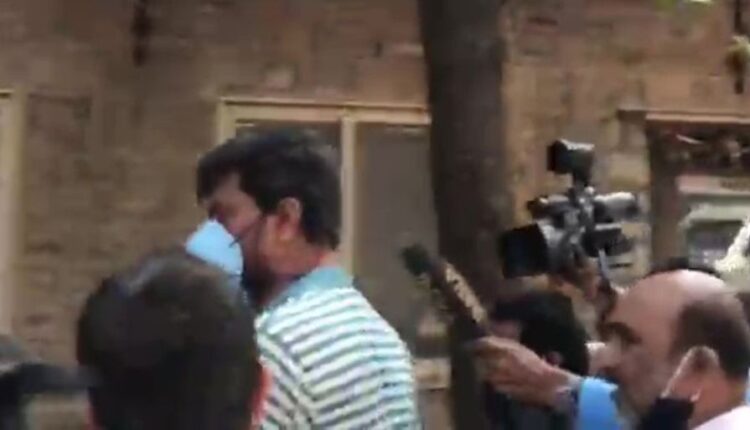 The development came a day after Sail released an affidavit of October 23 making shocking claims of an alleged extortion bid of Rs 25 crore from actor Shah Rukh Khan’s team to secure the release of his son Aryan, nabbed in the October 2 cruiser rave party raids.

Home Minister Dilip Walse-Patil announced that Sail has been accorded police security after his affidavit rocked the state on Sunday.

To another query, the minister said that Central agencies have suddenly become hyper-active in Maharashtra in the past couple of years or so.

“I have never witnessed such levels of activism in history by one government against another,” Walse-Patil remarked.

Later, he went to the Sahar Police Station to complete the formalities of security whenever he comes to visit his wife, kids and mother-in-law, who reside in the Sahar village, near the Mumbai Airport.

In his affidavit, among other things, Sail had claimed that of the alleged extortion amount of Rs 25 crore, the final settlement was supposed to be of Rs 18 crore from which Rs 8 crore would be for NCB Zonal Director Sameer Wankhede — triggering a massive political row.

He also mentioned how he was asked to sign blank papers, told to become a witness, running from one place to another, and apprehensions of threats to his life from the NCB officials.

However, Wankhede and the NCB have rubbished all his allegations and moved the Special NDPS Court seeking directions not to take cognisance of Sail’s claims, but the plea was rejected on Monday evening.