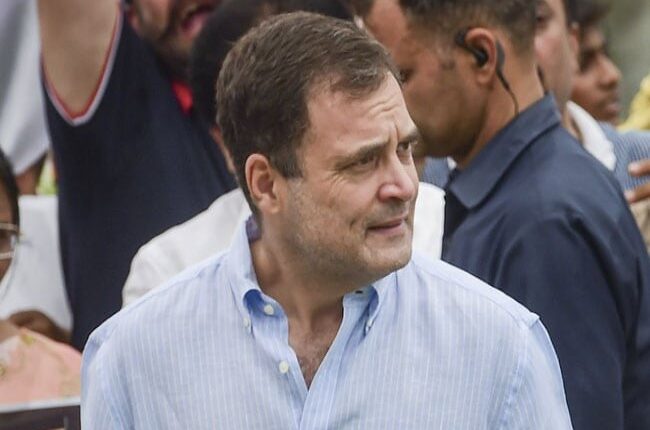 New Delhi: Congress leader Rahul Gandhi on Monday appeared before the Enforcement Directorate (ED) for the fourth time in connection with the National Herald case.

He will be questioned by a three-member ED team and will also be given lunch break.

Rahul Gandhi’s questioning was to be done on Friday, but he wrote to the ED to postpone it citing the illness of his mother Sonia Gandhi.

The ED had accepted his request and had postponed the questioning for Monday.

Rahul Gandhi had been grilled for about 30 hours for three consecutive days last week.

Gandhi was reportedly questioned about a few transactions made by Kolkata-based Dotex Merchandise Pvt Ltd.

Sonia Gandhi, who is presently admitted to the hospital for Covid related health issues, has also been summoned on June 23 in the same case.