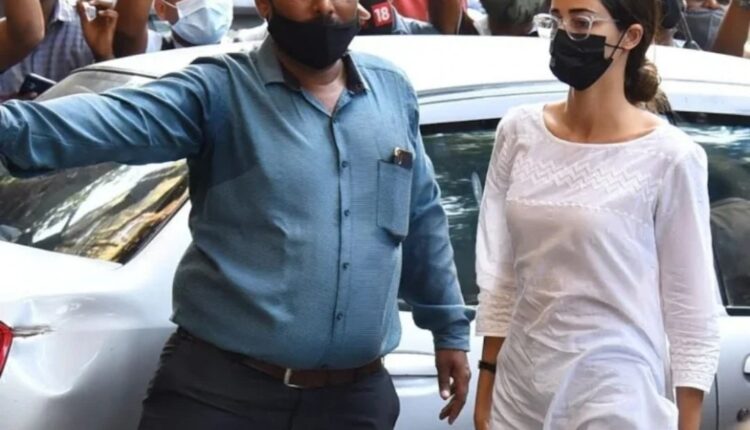 Bhubaneswar/Mumbai: Bollywood actress Ananya Panday was reportedly reprimanded by zonal director of the NCB’s Mumbai unit, Sameer Wankhede, for arriving late for questioning in connection with a drug case on Friday.

According to reports, the actor reached the agency’s office late by three hours than the appointed time on Friday. She was asked to appear before the agency at 11.00 AM on October 22 in ongoing probe in cruise drug bust case in which Shah Rukh Khan’s son Aryan Khan was arrested.

NCB is not a ‘production house’, but ‘office of central agency’, Wankhede told Ananya, according to media reports.

Ananya was asked to appear before the NCB office on time for second round of questioning.

Ananya Panday, the daughter of Bollywood actor Chunky Pandey, was grilled by the NCB officials in Mumbai for nearly four hours on Friday.

Earlier, Ananya Panday had appeared before the NCB on Thursday. The officials had seized her laptop and mobile phone.

Media reports said that the NCB had retrieved her WhatsApp chats with Aryan Khan regarding drugs from the latter’s phone during probe.

Source said that Aryan Khan and Ananya were friends through Suhana, Aryan’s sister. At one point in the conversation between the duo, Aryan was talking to Ananya whether she could arrange the weed. To this, Ananya replied that she would arrange.

When the NCB showed that chat to the actress during questioning, she replied, “I was joking.”

Following the questioning on Thursday, the NCB asked her to appear for second time on Friday.

The actress he has been summoned by the NCB for a third round of questioning on Monday, October 25.