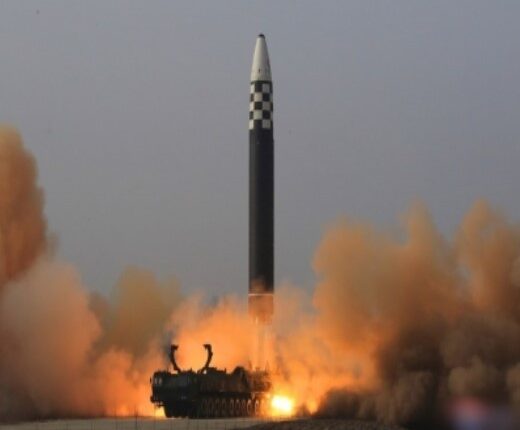 The Joint Chiefs of Staff (JCS) said it detected the launch from the Sunan area in Pyongyang at 10.15 a.m., and that the missile flew around 1,000 km at an apogee of some 6,100 km at a top speed of Mach 22, reports Yonhap News Agency.

The launch is presumed to have involved the Hwasong-17 ICBM, according to a South Korean defence source.

On November 3, the North test-fired the same ICBM, but the launch was seen as a failure.

“North Korea’s ICBM launch this time is a significant provocation and serious act of threat that undermines peace and stability not only on the Korean Peninsula but also in the international community and a clear violation of UN Security Council resolutions,” the JCS said in a text message sent to reporters.

The launch came just a day after North Korean Foreign Minister Choe Son-hui warned her country will take “fiercer” military actions if the US strengthens its security commitment to using a full range of military capabilities, including nuclear options, to defend the allies.

Shortly after Choe’s statement, the North launched a short-range ballistic missile into the East Sea.